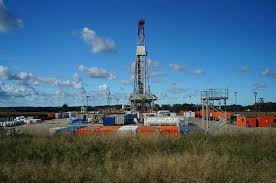 At the end of the third quarter reporting season in October, the Big Four oilsands producers continued to report record profit levels. Collectively, Cenovus, CNRL, Imperial Oil and Suncor earned $5.8 billion in the third quarter and $23.1 billion in the first nine months of 2022. The average return on capital during the period was almost 25 per cent.

The only minor hiccup was Suncor’s reported loss — primarily due to a non-cash impairment charge of $3.4 billion against its Fort Hills assets. Despite the write-down, Suncor still spent $1 billion buying Teck Resources’ stake in the Fort Hills oilsands project.

However, apart from Suncor’s purchase, these companies are not reinvesting in their core businesses. This cash bonanza has implications for Canadian consumers, government taxation and royalty policies and environmental policy.

Consumers left in the lurch

Unlike bank prime lending rates that change every six weeks or so, Canadians heavily dependent on their gas-motored cars or trucks face difficult choices in balancing their budgets with higher housing costs.

According to Statistics Canada, housing accounts for more than 30 per cent of a household’s expenses, and transportation accounts for 16 per cent.

Year-over-year inflation for gasoline in October 2022 was 17.8 per cent. The homeowners’ replacement cost index, a proxy for the price of new homes, increased by 6.9 per cent. Mortgage interest costs increased 11.4 per cent over last year — the highest increase since February 1991.

Canadians who have personal vehicles, those who rely on natural gas for heating and people who have mortgages are under enormous strain. Ontario and Alberta have reduced gasoline taxes, but these are short-term political measures that support the fossil fuel industry by maintaining demand for gas and diesel.

The wait times for electric vehicles is up to one year in Toronto and well into 2024 for buyers in Vancouver.

Oilsands shareholders, who are mostly foreigners, are enjoying huge profits while consumers are bearing the brunt of rising energy prices.

During the first nine months of 2022, $6.7 billion was paid out in dividends, with nearly two-thirds by CNRL. During the same period, $15.6 billion shares were repurchased. These share buybacks reward shareholders because reducing the shares outstanding means higher earnings per share for shareholders.

These buybacks also signal to the market that the company’s board and management feel these purchases are the best way to manage capital and cash flow. Significantly it also means that the company is not investing to either increase or sustain operating cash flow.

In addition to share buybacks and dividends, Cenovus, CNRL, Imperial Oil and Suncor have collectively repaid $10 billion in debt. Based on their financial statements, I estimate $32.5 billion of available cash flow was not reinvested in the business. In fact, during 2022, all four companies’ depreciation, depletion, and amortization — which measures the non-cash costs of assets aging — exceeded capital investment by about $1.5 billion.

According to an ARC Energy Research Institute report, in 2015, the Canadian industry’s after-tax cash flow was $30 billion and $55 billion was reinvested in conventional and bitumen production. In 2022, with an estimated after-tax cash flow of $152 billion, ARC Energy Research Institute estimates that only $32 billion and $10 billion will be reinvested in conventional and bitumen production, respectively.

The federal and Alberta governments are enjoying a bonanza due to higher taxes on profits and royalties. I estimate the Big Four paid about $15.2 billion in royalties to provincial governments so far this year.

I have estimated that these four companies will be responsible for at least a quarter of Alberta’s own source revenue (excluding federal transfers) this fiscal year. Based on financial statements from each oil company, I estimate their taxes, as a per cent of net income for the period, run from 13 per cent for Suncor (due to its write-downs) to 36 per cent for Cenovus.

Some of the CEOs of the Big Four have not been shy at pointing out how much tax and royalties they are paying to governments. CNRL president Tim McKay and the leaders of Cenovus and Imperial Oil have also stressed the size of their companies’ contributions to government coffers.

The Alberta treasury’s dependence on the royalties and taxes from only four companies present a major problem, as identified by Alberta Premier Danielle Smith last year in a paper for the School of Public Policy when she was head of the Alberta Enterprise Group. It will be interesting to see how Smith approaches this problem in next February’s budget.

While the oilsands industry divests, it hopes to have federal taxpayers — and possibly those in Alberta — pay the cost of subsidizing carbon capture and underground storage. This capital investment, now promised by the Pathways Alliance to invest $24 billion, remains the industry’s sole hope of continuing to operate past 2030.

At the same time, the industry has booked $10.6 billion in decommissioning liabilities for oil and gas wells, pipelines and facilities. There are thousands of abandoned oil wells and decommissioned pipelines in Alberta alone.

However, annual expenditures by the Big Four to address environmental liabilities run less than $1 billion and are not separately recorded in the statement of expenses. There is a clear gap between the costs of environmental damage done by these companies and the amount they are required to mitigate.

According to a June 2021 news release from Alberta’s auditor general:
“After six years of analysis, the department has not decided if and how the security calculation should change.”

The auditor general also found a lack of clarity between the Department of Energy and the Alberta Energy Regulator. The Alberta government reportedly “has not adopted a consistent ranking system for contaminated sites to determine which are a priority to clean up.”

The Alberta government has failed to ensure environmental liabilities are adequately accounted for and that progress is being made to address the province’s massive tailings ponds made up of byproducts from oilsands mining. Incredibly, when asked about the oil industry’s record cash flows and remediation liabilities, former energy minister Sonya Savage stated:

“The current spike in oil prices isn’t enough reason to require the industry to spend more on cleaning up the tens of thousands of abandoned oil and gas wells in the province.”

As a recent Globe and Mail article pointed out, Alberta’s present good fortune is a mirage because the industry is not re-investing. This has serious ramifications for Alberta’s rural economy, and the Fort McMurray region in particular.

Alberta, like a one-company town, faces a clear and present danger. Is there a Plan B to tilt Alberta away from its bitumen addiction? How will Smith reduce reliance on oilsands royalties? These are pressing questions that must be answered by the Alberta government.