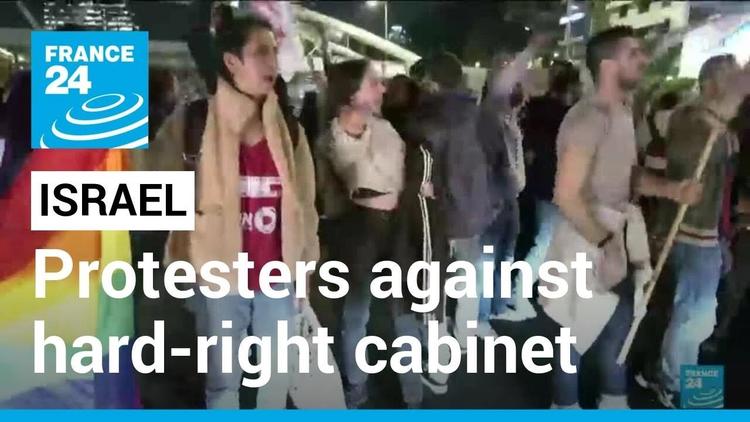 Ann Arbor (Informed Comment) – The new government in Israel has formally been voted in, with a 63-vote majority in the 120-seat Knesset or parliament. While the far right in Israel is ecstatic, even those a little closer to the center than the new extremists are full of trepidation. A former prime minister, Ehud Olmert, himself a man of the old secular Israel Right — a man who launched the ruinous 2006 Lebanon war — was horrified at the hordes of misogynists, homophobes, and homicidal maniacs that fill Binyamin Netanyahu’s cabinet in his sixth government. Olmert to his credit did support withdrawing from Gaza and from most of the Palestinian West Bank, things that Netanyahu has vociferously opposed ever since the Oslo Peace Accords of 1993– which Netanyahu bears some responsibility for derailing.

According to BBC Monitoring, Olmert told Ma`ariv, that he was not excited about the prospect of a “stable” government. He continued, “I think this is the first time in the country’s history that it can be said that the government that has been formed is against the country.” He averred that the agenda of the new government is based on hatred (mebuseset `al sin`ah) and harming various sectors of the population.

He went on to make it clear that he was talking about the fallout for LGBTQ+ Israelis, for Israeli leftists, and for the Palestinians. If Olmert, an old-time Likudnik much like Netanyahu himself, who opposed Labor’s social democracy, has these anxieties, imagine what the atmosphere must be like in the cafes of liberal Tel Aviv.

In fact, on Dec. 29 thousands of Israeli gay rights activists demonstrated against the incoming government in Tel Aviv.

BBC Monitoring says that the centrist Yediot Aharanot ran a headline saying “They have come to destroy.” Haaretz lamented the likely end of “liberal democracy” in Israel, which it said the country’s founders dreamed of.

According to Al Jazeera, Palestinian activists are divided. Some don’t believe there is any essential difference between the Netanyahu government and that of his predecessor, Naftali Bennett, since both supported expanding Israeli squatter-settlements on Palestinian land. Azzam Abu al-Adass, a policy analyst in Nablus, warned leftist Israelis that they were as much in the cross-hairs of this government as were the Palestinians.