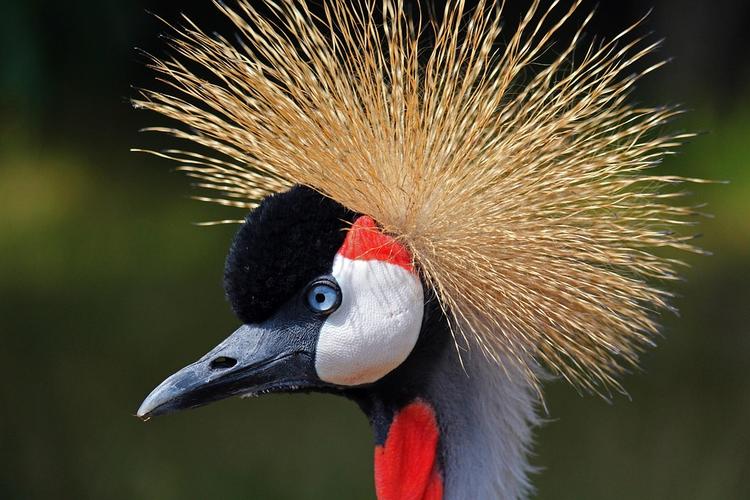 By Regina Lam and Xia Zhijian | –

( China Dialogue ) – Delegates at the COP15 UN Biodiversity Conference have approved a deal to halt and reverse biodiversity loss by 2030, hoping to put nature on a path to recovery for the benefit of all the world’s people.

The Kunming-Montreal Global Biodiversity Framework was agreed after two weeks of tense negotiations in Montreal.

Its significance has been compared by many to the 2015 Paris Agreement on climate change, and comes as biodiversity declines at the fastest rate since the extinction of the dinosaurs 65 million years ago. Scientists estimated in 2019 that a million plant and animal species are at risk of extinction, with changes in land and sea use, climate change and pollution among the main drivers.

An agreement has been reached to protect 30% of the planet’s land and 30% of its ocean by 2030, among a host of new targets

The chair of COP15, Huang Runqiu, China’s environment minister, declared the framework adopted at a late-night plenary session on 19 December. Despite being hosted in Canada, China was president, as the conference had been scheduled to take place there in 2020. However, after delays due to Covid-19, the final session was eventually moved to Montreal.

In a last-minute twist, the Democratic Republic of the Congo refused to agree to the framework, telling the plenary it couldn’t support it as it didn’t guarantee sufficient funding. However, moments later, Huang Runqiu said the framework was finished and agreed, triggering a round of applause from most of the delegates.

“It’s a historic step in the history of nature conservation,” said Peng Kui of the Global Environment Institute (GEI), a Chinese non-profit. “These key targets reached a subtle balance and created the conditions for the passing of the framework.” He added they could be started immediately.

Steven Guilbeault, Canada’s minister of environment and climate change, said that while most countries wanted more things in the text, they had managed to create an “ambitious” package.

“We have an agreement to halt and reverse biodiversity loss, to work on restoration, to reduce the use of pesticides. This is tremendous progress,” he added.

Overall, the global biodiversity framework includes 23 environmental targets to be delivered by 2030 and four less-specific goals to be met by 2050. The most prominent target – known as 30×30 – is for 30% of land and ocean to be protected. About 17% of the planet’s land and 8% of its ocean is currently protected, meaning activities such as farming and fishing are restricted. The agreement is not legally binding.

This target had been pushed by two main groups long ahead of COP15. The High-Ambition Coalition (HAC), launched in 2021 and now with 116 signatories, has sought to preserve both 30% of the land and the ocean, while the UK-led Global Ocean Alliance (GOA), with 73 members and over 130 supporting nations, has focussed on the 30% ocean target. 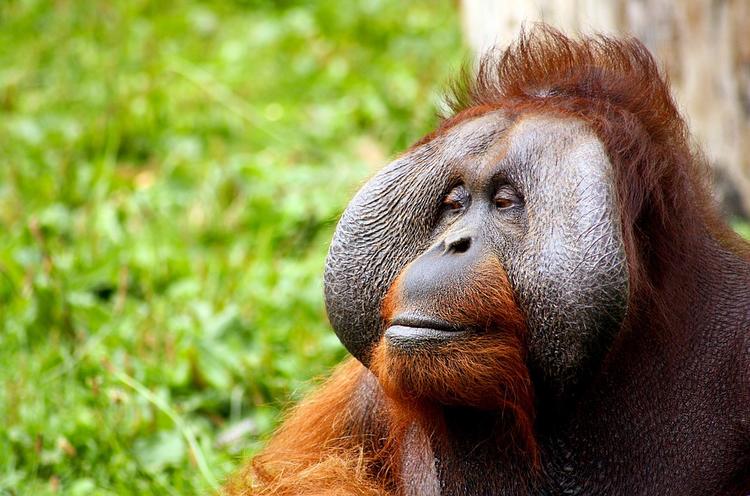 Franz Tattenbach Capra, Costa Rica’s environment minister, said: “We have protected our land, grown our forests and still become a productive country. We haven’t sacrificed nature for our productivity in agriculture as we are using new techniques and friendly agriculture methods. You can do it without sacrificing nature.”

The framework‘s target specifies the conservation of at least 30% of coastal and marine areas, alongside 30% of land. Countries that have high ocean protection ambitions demanded the change be made to an earlier draft, which only pledged to protect 30% of land and ocean together.

Steve Widdicombe, director of science for Plymouth marine laboratory in the UK, said he is delighted to see the target has reflected the distinctive needs of ocean and land, and how both “equally needed to be protected.”

The inclusion of ocean acidification as a driver of biodiversity loss in the framework is also seen as a win for the ocean community, which has started to promote synergies between ocean health and biodiversity. The text calls for measures to increase the resilience of the ocean, including climate change mitigation, adaptation and disaster-risk reduction.

Countries also agreed to identify by 2025 and “eliminate, phase out or reform” subsidies that are harmful to biodiversity, while “substantially and progressively reducing them” by at least US$500 billion per year by 2030. Each year, the world spends at least US$1.8 trillion on harmful subsidies, according to a report by Business for Nature.

Indigenous groups praised the global biodiversity framework, especially the 30×30 target, for recognising the rights of indigenous people and local communities in strong language and at an unprecedented scale for a conservation plan. It upholds the rights to sustainable use of nature where that use “is fully consistent with conservation outcomes.”

Jennifer Corpuz, a representative of the International Indigenous Forum on Biodiversity, said: “It’s historic. It’s a moment to celebrate.” 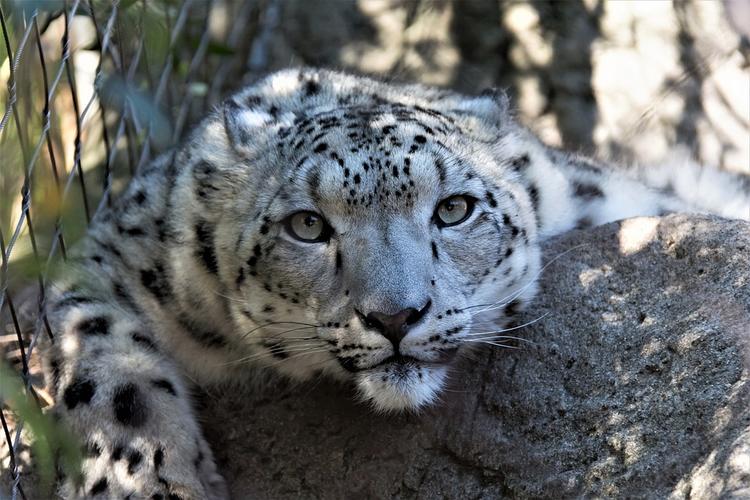 A member of the Kankanaey-Igorot people of the northern Philippines, Corpuz said the recognition of indigenous rights under the 30×30 target has addressed “the experience that indigenous people have in relation to forestry conservation”. It offers them “enough basis” to work with government and to influence national policies, she added.

Some conservation models, including “fortress conservation”, have a record of denying indigenous people rights to practise their traditional ways of life – such as hunting, fishing and gathering herbs for medicine – and of displacing them from ancestral lands.

Over the past four years of the negotiations on the framework, representatives of indigenous communities have campaigned strongly for a rights-based approach, which means ensuring conservation is not in conflict with human rights, but improves their realisation.

Indigenous groups had a huge presence at the side events and panels of the conference. Dallas Smith, the president of Nanwakolas Council, which comprised six First Nations communities in the province of British Columbia, said he had witnessed a significant improvement in indigenous representation since he first spoke at the UN millennium ecosystem assessment in 2005.

The agreement includes several mentions of the role of women in protecting biodiversity. A successful implementation will depend on ensuring gender equality and empowering women and girls, the text reads. It also calls for gender-responsive representation and participation in the decisions taken following the agreement. 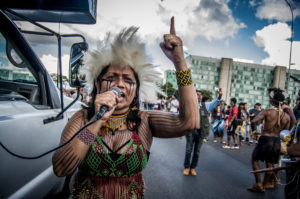 Women in various parts of the global south rely on biodiversity for their livelihoods, and to contribute to the overall wellbeing of their families and wider communities. In Africa, rural women are the main food producers and caregivers, accounting for 70% of the continent’s agricultural workforce, according to a report by Oxfam.

There are also several references in the text to the interlinkages between biodiversity and health. The agreement will have to be implemented with consideration of the World Health Organization’s One Health Approach, which seeks to sustainably balance and optimise the health of people, animals and ecosystems.

At the same time, countries will have to ensure that the use, harvesting and trade of wild species is sustainable, safe and legal, preventing overexploitation and reducing the risk of pathogen spillover – one of the possible reasons behind the Covid-19 pandemic.

During COP15, individual countries also committed to increase levels of funding, including France, which will double its international finance for biodiversity, reaching over US$1 billion per year by 2025, and Canada, committing C$350 million (US$257 million).

A recent assessment by the UN Environment Programme estimated that investments into protecting and better managing nature need to double from current levels, reaching US$384 billion per year by 2025. Early draft versions of the framework called for closing a $700 billion annual gap in financing by 2030.

Just with 10% of what we pay in debt per year, we could meet our climate and biodiversity targets

African countries wanted to create a new fund for biodiversity but finally agreed to create one under the UN’s pre-existing Global Environment Facility (GEF). This is the best way to get something “immediate and efficient” said Christophe Béchu, France’s minister for ecological transition, claiming a new fund would delay allocating the funds.

The global south has most of the planet’s biodiversity but lacks the financial resources to restore ecosystems, reform agriculture, fisheries and forestry practices, and conserve threatened species. Latin America has experienced the greatest regional decline in average wildlife population abundance, at 94% between 1970 and 2018, according to a WWF report.

The agreement also calls for the “fundamental transformation” of the global financial system and for the reform of multilateral development banks and international finance institutions, as the COP27 climate agreement did. But there’s no mention to debt-for-nature swaps despite requests from some countries such as Colombia.

“Just with 10% of what we pay in debt per year we could meet our climate and biodiversity targets,” Susana Muhamad, Colombia’s environment minister, told the summit’s plenary session.

Loopholes in the text

While largely celebrating the agreement, some environmental groups such as the Wildlife Conservation Society (WCS) said they were concerned that the deal puts off until 2050 a goal of preventing the extinction of species, maintaining the genetic diversity within populations and preserving the integrity of ecosystems.

“The global biodiversity framework is a compromise, and although it has several good and hard-fought elements, it could have gone further to truly transform our relationship with nature and stop our destruction of ecosystems, habitats and species,” said Susan Lieberman, vice president of international policy at the WCS.

NGOs also wanted stronger language around subsidies and questioned the lack of a numerical target on reducing human consumption and production, key drivers of biodiversity loss. Greenpeace was especially critical, claiming that the agreed funding isn’t enough and that the 30×30 target fails to ban certain damaging activities from protected areas.

Campaign group Avaaz said 50% of land and ocean should have been protected in the framework if parties want to reverse, and not simply halt, biodiversity loss. Adding up the existing protected areas and the indigenous people’s territories where biodiversity is protected would put the current global proportion above 30%, the NGO said.

The agreement includes the concept of nature-based solutions, widely used in the climate world but seen as controversial in biodiversity. A group of green finance experts signed a document before COP15 criticising the concept for promoting biodiversity offsetting, which could create environmental and social problems.

None of the 20 objectives for protecting biodiversity at the global level were fully achieved under the previous 10-year biodiversity agreement, known as the Aichi targets, according to a UN report in 2020. But negotiators said they have learnt their lesson, and the new agreement includes provisions to make the targets measurable and to track countries’ progress.

“While Leo Messi and teammates now get to hang up their boots and luxuriate in a hard-fought victory, for the global biodiversity community, the next phase of hard work already beckons: mainstreaming the framework’s architecture into country-level policy,” said Andrew Deutz, director of global policy at the Nature Conservancy.

“The framework is balanced and solid: it has a clear public funding mobilization target and this target is the fruit of the hard work of many countries,” said Li Shuo, a climate and energy campaigner at Greenpeace China.

He added: “All the prominent targets, such as 30×30, controlling pesticides and pollution, and reversing the tendency of extinction have been dealt with properly.”

Avaaz acting CEO Bert Wanders said the promises made at COP15 to deliver money for biodiversity, put a third of the planet under protection and protect the right of indigenous people are a significant step forward to protecting life on Earth.

“But on its own it won’t be enough. Governments should listen to what science is saying and rapidly scale up ambition to protect half the Earth by 2030,” he added.