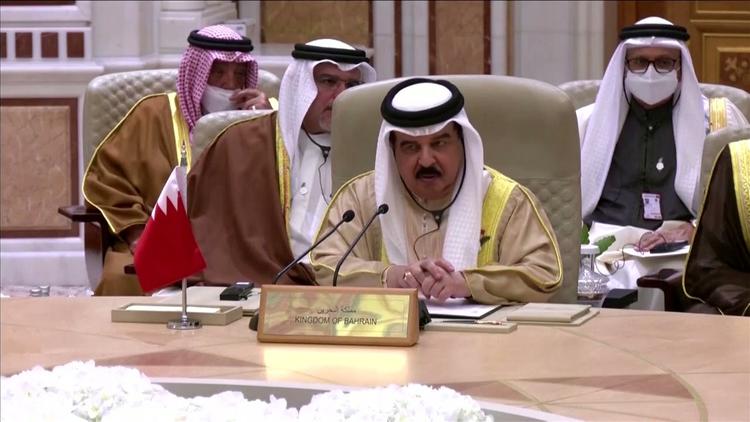 Ann Arbor (Informed Comment) – China’s trade with the Arab world was over $330 billion in 2021, and will likely be a third larger this year, given the high price of petroleum. The largest single source of oil for China is Saudi Arabia. It imports significant amounts of petroleum, as well, from Oman, Kuwait and the United Arab Emirates. It also gets a lot from Iran (a non-Arab Middle Eastern country).

China is the most advanced country in the world in the adoption of electric vehicles, accounting for 56% of new EV sales this year globally, Some 26% of new car sales this year in China are EVs, and another 35% are plug-in hybrids. China has 10 million plug-in vehicles on the road. But it has 302 million cars all told, so it still needs a lot of gasoline, and gets a great deal of it from the Gulf Cooperation Council countries on the Arab side of the Gulf.

China is increasingly interested in Middle Eastern countries as routes through and nodes in its One Belt, One Road global trade and infrastructure project. The seaborne dimension of that project is deprecated by the U.S., Japan, S. Korea, and the Philippines, who wish to provide an alternative. The Arab states at the Riyadh summit, however, are enthusiastic about the possibility of being incorporated into Beijing’s plans.

One price for a close relationship with the Arab world is saying the right things about Palestine, a project central to modern Arab identity across the board.

China’s Arabic news service reports of Xi Jinping’s speech at the Arab summit attended by 21 countries in Riyadh on Friday:

“He said that the Palestinian issue is a consideration in the peace and stability of the Middle East. The historical injustice that the Palestinian people are suffering cannot continue indefinitely, there can be no compromise on legitimate national rights, and their aspirations for the establishment of an independent state are not subject to denial.

He said that the international community must reinforce faith in the “two-state solution” and decisively uphold the principle of “land for peace,” work steadfastly to make praiseworthy efforts to advance peace negotiations, and push for a just and quick solution to the Palestinian issue. He noted that China supports Palestine gaining full membership.in the United Nations, and that it will continue to provide humanitarian aid to the Palestinians to support the implementation of projects aimed at improving living standards.”

Note that the Trump administration cut off virtually all aid to the Palestinians and crippled their economy, so China here seems to be interested in taking the place of the U.S. on this issue, providing the Palestine Authority with funds for development projects.

The text of the Riyadh Declaration issued at the end of the Summit likewise brought up the issue of Palestine. It said,

“The leaders stressed the need to reach a just solution to the Palestinian issue on the basis of the two-state solution, in accordance with relevant United Nations resolutions and the Arab Peace Initiative, and the establishment of an independent Palestinian state within 1967 borders, with East Jerusalem as its capital, as well as halting settlements and all unilateral measures, and respecting the historical status quo in the city of Jerusalem and its holy places.”

Again, China is taking positions here that have been never been pushed by the U.S. or from which Washington has retreated before the Israel lobbies. That East Jerusalem should be the capital of a Palestinian state that will be quickly brought into being, that Israel should cease sending in squatters to steal private Palestinian land for their squatter-settlements and should cease ruling the West Bank in a unilateral fashion — all of these are principles that the U.S. State Department has acknowledged in the past but on which the U.S. has proved fickle.

Symbolically speaking, nothing could underline the growing closeness of China to the Arab countries more than these frank and straightforward endorsements of the Palestinian cause by Beijing.