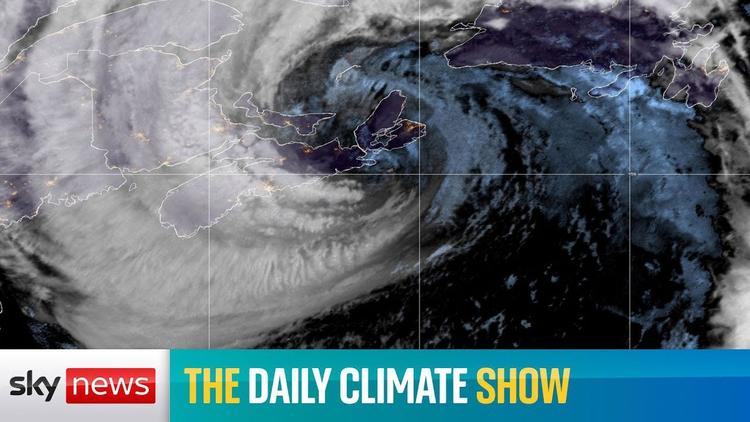 Ann Arbor (Informed Comment) – The UN’s World Meteorological Organization (WMO) has released talking points for its report on 2022, warning that the oceans are getting alarmingly hotter every year. The full survey will be out this spring.

It turns out of all the extra heat on earth caused by humans putting greenhouse gases into the atmosphere that keep the sun’s heat from radiating back out into space, some 90% goes into the oceans. If you keep heating up the oceans, moreover, guess what? They get hot.

Even if you take a recent baseline like 1990-2010, and you plot the rise in the temperature of the ocean before and after, you get one of those under/over graphs: 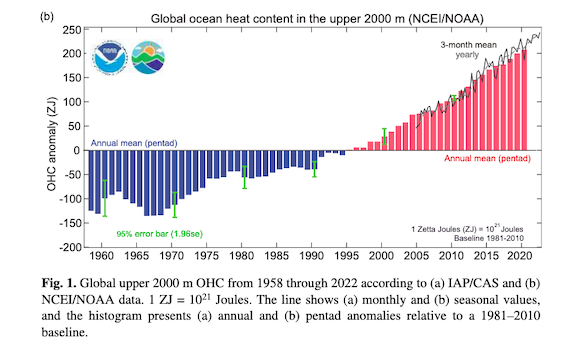 Scientists call the extra heat absorbed by the oceans the Ocean Heat Content or OHC. The authors of the Advanced Atmospheric Science article conclude, “Regardless of which dataset is used, there has been a three- to four-fold increase in the rate of increase in OHC since the late 1980s.”

They are talking about the rate of increase, seeing as much as a 400% speeding-up of the process whereby the oceans’ surface down to 6000 feet is being heated up.

One of the authors, John Abraham told CBS News’s Li Cohen that, in order to heat the oceans this much, you’d have to go underwater and blow up an atomic bomb every second of every day of every year. The extra heat involved in this oceanic fever is equal to one hundred times all the electricity generated in the world annually.

There are many reasons for which this is bad news. Hotter oceans can kill off marine life, as with corals that get bleached and die if it is too hot for them. Corals are a key part of the ocean ecosystem, since they afford cover to fish, who hide in them from predators and mate in them. No corals = a lot less fish.

Further, hotter oceans put more evaporated moisture in the air above them, which gets dumped as floods on coastal regions. Hot oceans also cause larger and more powerful hurricanes.

Ocean heat also helps determine how salty the water is. The authors of the Advanced Atmospheric Science article find that salty bodies of water like the Mediterranean or parts of the Atlantic are getting saltier. The Pacific is getting fresher because of all the fresh water dumped into it by cyclones.

All these changes may make the ocean water less likely to circulate between sectors, and ocean circulation has been important in leveling the earth’s temperature. If it slows, hot areas would get torrid and cold ares could go to freezing in the short run, though of course in the long term we are creating a wholly tropical planet.