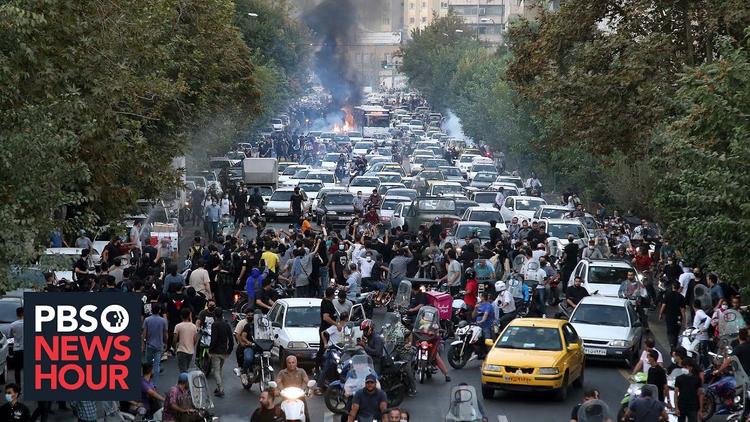 By Simon Rice, University of Sydney | –

(The Conversation) – The Iranian government has attempted to brutally suppress the widespread protests sparked by the death of 22-year-old Mahsa Amini in police custody in September 2022.

Central to Iran’s response have been the country’s “revolutionary courts”. They have conducted heavily-criticised trials resulting in at least four executions, while over 100 protesters are in considerable danger of imminent execution.

Criminal trials in these courts often occur behind closed doors presided over by clerics, with none of the standard guarantees of criminal procedure such as allowing time and access to lawyers to prepare a defence.

Submissions to the United Nations from Iranian civil society organisations report that lawyers are routinely denied access to clients, and that coerced confessions, often obtained by torture, are used as evidence.

Criminal trials that are unfair by international standards have been a feature of the Iranian legal system since the 1979 Islamic revolution.

Article continues after bonus IC video
PBS Newshour: “Iranians protesting regime refuse to back down despite threats of arrest and execution”

The courts were established to try opponents of the regime who face ill-defined national security charges that carry the death penalty. Such vague charges include waging war against God (“Moharebeh”), corruption on Earth (“Ifsad fel Arz”), and armed rebellion (“baghi”).

The courts are integral to the consolidation of Islamist power which began within a few months of the revolution. As is apparent from the structure of the Iranian government, the courts complement the role of para-state organs such as the Basij.

The Basij is a paramilitary organisation formed very soon after the revolution. It supports the guidance patrol, known colloquially as the morality police.

The Basij is essential to the Iranian authoritarian state. It sits under the command of Iran’s Revolutionary Guard Corps, and is fiercely loyal to Supreme Leader Ayatollah Ali Khamenei.

The United States Treasury has imposed sanctions on senior members of the Basij, and on a network of businesses it believes is financing the organisation.

The revolutionary courts’ secret trials, vague charges, denial of lawyers, and evidence obtained by coercion and torture have focused attention on Iran’s flagrant and persistent breaches of its international human rights obligations.

In 1975, Iran ratified the International Covenant on Civil and Political Rights, which guarantees the right to life and the right to live free from torture or cruel, inhuman or degrading treatment or punishment. The United Nations Human Rights Committee has stated the death penalty is not consistent with these guarantees, putting Iran in breach of its international human rights obligations.

The guarantee of a right not to be tortured is repeated in the Convention Against Torture, which Iran has not ratified. It’s the only country in the Middle East to not have done so, and one of only 20 in the world.

In a periodic review of Iran’s human rights compliance, the UN recommended in 2020 that Iran ratify the treaty, end the use of torture, and credibly investigate and prosecute all allegations of torture. Iran rejected these recommendations.

The Center for Human Rights in Iran warns the executions are “a prelude to more state-sponsored murders of young people in the absence of a strong and coordinated international response”.

Hangings such as these have been characterised by opposition parties in exile as desperate efforts to forestall the inevitable overthrow of the regime, and by the US Department of State as efforts to intimidate Iranians and suppress dissent.

Australia’s response to two executions late last year was to condemn the executions, issue a joint statement with Canada and New Zealand, and subject Iran’s morality police and the Basij to international sanctions.

Despite widespread international condemnation, Iran is following through on its pledge to continue to crackdown on the protests.

We can condemn the country’s conduct and enact sanctions, but sadly, Iran is free to persist despite sanctions if it wants.

At the very least, what international sanctions and global outrage may do is give heart and hope to the protesters, and help signal to them that the world is watching and standing with them.

Simon would like to acknowledge an Iranian-born colleague who requested anonymity for their contributions to this article.