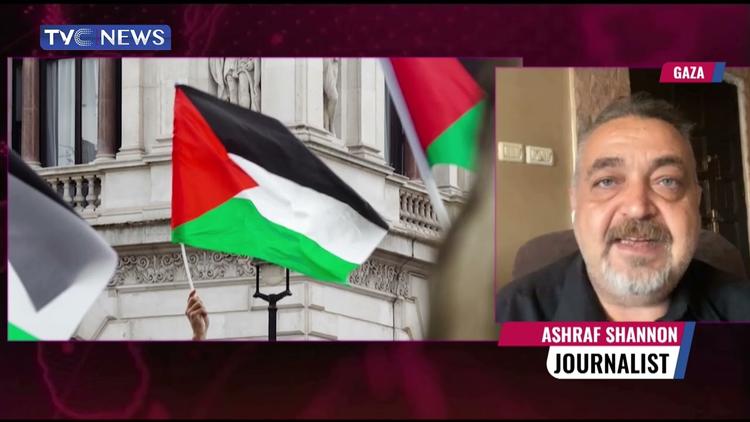 ( Middle East Monitor ) – At the end of last month, Benjamin Netanyahu formed the most extreme Israeli government since the Occupation of Palestine in 1948. The government includes two of the most racist and extremist politicians, namely Itamar Ben-Gvir, head of the Otzma Yehudit  Party, and Bezael Smotrich, head of the Religious Zionism Party.

The afore-mentioned Ministers are followers of the late extremist Rabbi Meir Kahane, whose party was banned from participating in the Knesset elections in the 1980s and was classified as a terrorist group in the US.

The two Ministers adopt an extremely extremist ideology, to the extent that former Israeli Prime Minister, Yair Lapid, described Ben-Gvir as the most

irresponsible man in the Middle East, in the context of his comment on the recent provocative storming of Al-Aqsa Mosque last week.

As for Smotrich, he is a fascist politician who was accused by the former deputy head of the Shin Bet, which is Israel’s internal security agency, of terrorism and of planning to carry out attacks against main roads in Gaza during the Occupation army’s withdrawal from the Gaza Strip in 2005. Although he denies these accusations, his extremist ideas are clear and cannot be denied.

The transfer policy, which involves putting pressure on Palestinians to emigrate from their country, is the most dangerous idea in the ideology of the two

extremist Ministers. Smotrich said, during a session of the Knesset in 2021, that Ben-Gurion “should have finished the job” and expelled all Palestinians from Israel (Palestine) after the 1948 war.

On another occasion, he said that Arab and Muslim politicians, in general, who hold Israeli citizenship and do not recognise the authority of Israel, should be prevented from residing in it (i.e. in their country and the land of their ancestors). As for Ben-Gvir, he confirmed in a televised interview that the government should establish a Ministry of Immigration to encourage the Palestinians to leave their country (meaning expel them) if they “hate Israel or do not believe in it”.

The population of Israel is about 9.7 million, of which 74 per cent are Jews and 21 per cent are Arabs, according to the Israeli Central Bureau of Statistics. The Jewish majority has been declining annually since 2009, when it was 80 per cent in that year, while the percentage of Palestinians has gradually increased during this period.

This demographic change – in its slightness – constitutes a great concern for the Israeli right wing, but the greatest concern for the majority of Israeli politicians is the demographic change in all of historical Palestine, including the West Bank and the Gaza Strip, where the Jewish majority has declined to almost half, according to The Economist and the Palestinian and Israeli statistics bureaus.

The issue of demographic distribution in historical Palestine has always been a fundamental issue in Zionist politics. For some, it represents a dilemma for the so-called Israeli “democracy”, because no real democracy prevents part of the population from their electoral/democratic right based on their identity, gender or religion. At the same time, granting the Palestinians this right in all of historic Palestine will threaten the so-called “Jewishness of Israel”. Therefore, the Israeli left considers the two-state project the only way to solve this dilemma, while the right and the far right, which has dominated Israeli politics for years, reject this strategy, making the idea of “transferring” the Palestinians from their country an important matter in the political debate today in the Occupation State.

While the policy of expulsion and displacement towards the Palestinians is not new, what is new is that it has become not limited to them, but rather has extended with the rise of the extreme right to include the Jews. Ben-Gvir says he wants to expel Jewish politicians who are “disloyal to Israel” to Europe. As for Smotrich, he is trying, along with another group of religious MKs, to abolish the “grandchild clause” from the so-called Israeli Law of Return, which gives the right to third-generation Jews to immigrate to Occupied Palestine.

Smotrich said recently that 70 per cent of immigrants from the countries of the former Soviet Union during the past months are not Jews, considering this a great danger to the majority of the Jewish nation and a “Jewish ticking time bomb” that must be dealt with.

The Occupying state deprived the Palestinians from the right to return to their homeland, despite the international resolutions confirming this right while, at the same time, it approved what it calls the “Law of Return” for the Jews since the displacement of the Palestinians and the establishment of a state on their ruins in 1948. Historically, the entire Israeli political spectrum, including the Zionist left, opposed the Right of Return for the Palestinians, though some of them are now at risk of deportation from the apartheid state they supported, if the far right’s strategy succeeds.

There is only one thing confirmed by reality and history, which is that any attempt to deport the Palestinians from their country to solve the “demographic problem” will not succeed. On the one hand, the Palestinians have been, generation after generation, for seventy years dreaming of returning to their country, and every Palestinian home still contains their “key of return” as a symbol of this right, including in the refugee camps, in Jordan, Syria, Lebanon and all over the world. On the other hand, the Arab countries neighbouring Palestine cannot receive more waves of refugees in light of their instability and miserable economic conditions, in addition to the fact they are already suffering from political problems related to refugees.

Perhaps the irony of history is that the Kahane followers in the new Zionist government want to export this problem to Europe, which created this problem in the first place. This approach seems clear in the statements by Ben-Gvir and Smotrich, as it was in the ideology of their late extremist inspiration, Meir Kahane.