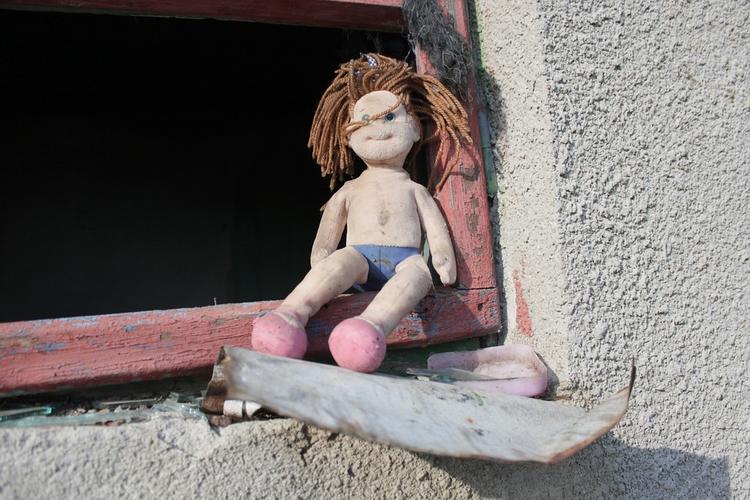 ( Minnesota Reformer ) – Of the 20 states that have failed to raise the minimum wage above the federal $7.25 an hour standard, 16 have more than 12% of their children living in poverty, according to a States Newsroom analysis of wage and poverty data. Anti-poverty advocates say that’s a sign that there’s an urgent need for lawmakers to increase the federal minimum wage and do more to help struggling families.

Congress had the opportunity to achieve the latter by expanding the child tax credit before the end of the year, but lawmakers did not arrive at a deal with Republicans to include it in the omnibus spending package. The expansion, which was part of the American Rescue Plan, provided as much as $3,600 in monthly installments to qualifying families and is credited with lifting 3.7 million children out of poverty at least temporarily.

Raising the minimum wage would not lead to as fast or drastic an improvement, but a 2019 Congressional Budget Office analysis found that increasing the amount to $15 an hour would lift more than 500,000 children from poverty. And the Economic Policy Institute estimated in 2021, that if Congress passed a $15 minimum wage increase by 2025, up to 3.7 million people wouldn’t have to live in poverty — 1.3 million of those being children.

Ben Zipperer, an economist at the Economic Policy Institute, said there is a strong connection between the minimum wage and poverty.

“It’s not a 1-1 connection, but there is a pretty strong connection,” said Zipperer, whose expertise is on the minimum wage, inequality, and low-wage labor markets. “The main determinants of poverty in this country are whether you work and how much you work, so whether you have a job during the year and how many hours a week or weeks per year you work at that job. … And then the third [determinant] is how much you were paid for an hour of work at your job. If you’re getting paid relatively low wages, the minimum wage affects that.”

Where the minimum wage is rising in 2023

Congress last raised the minimum wage in 2009, but 30 states now require employers pay more than the federal standard, according to the National Conference of State Legislatures. Numerous municipalities have also passed living wage laws for city or county workers.

Twenty-seven states, including New Jersey, Florida, California and Missouri, will raise their state’s minimum wage in 2023, after passing legislation or voter-approved ballot measures that gradually increase the state minimum wage over several years or tie it to inflation. Washington ($15.74), California ($15.50) and Massachusetts ($15) will have some of the highest state minimum wages in 2023, although the high cost of living in those states mitigates the effect on poverty rates.

In Missouri, where the minimum wage will be $12 next year, a 2018 analysis from the Economic Policy Institute found that Proposition B, the ballot measure that is responsible for raising the wage, would increase wages for 677,000 people in Missouri.

States where legislatures have not raised the minimum above the federal $7.25 an hour include Mississippi, Louisiana, Georgia, Oklahoma, Tennessee, Kentucky, North Carolina and South Carolina. All have child poverty rates of 20% or higher, according to U.S. Census data analyzed by 24/7 Wall Street, a financial news site. Mississippi has the highest child poverty rate in the United States, at 27.6%, with Louisiana following at 26.3%.

Zipperer said that many of these low minimum wage states are concentrated in the Southern United States for a reason. He pointed to the political deals lawmakers made to leave Black workers out of 1930s labor rights gains, which were done for the benefit of Southern Democrats.

“That legacy of racism plagued the initial years of the national minimum wage and labor law generally in the United States, and while it was somewhat improved and overcome through the civil rights movement, you see the parallel to that now where you have a lot of places in the South that don’t have minimum wages and or have very low minimum wages, and so they follow the federal standard which Congress has refused to raise over the past 13 years,” he said.

He added, “That kind of decline in the cost-of-living adjusted value of the minimum wage disproportionately harms the people who are paid the lowest wages in the U.S. economy and because of our sexist and racist labor market, that is women and people of color.”

The results of that disparity can be seen in an analysis of data on Lousianans’ standard of living done by Talk Poverty, a project of the Center for American Progress. It found:

Peter Robins-Brown, executive director of Louisiana Progress, said several factors contribute to the number of Louisianans living in poverty. Louisiana hasn’t prioritized putting funding into programs that would provide economic relief, has focused its tax reform on benefits for the wealthy and for businesses, and has a particularly unjust criminal justice system that punishes the poor, he said.

The state also favors landlords’ rights over tenants rights and people living in the southern parts of the state that experience the most severe weather disasters have to live with high premiums for homeowners insurance, which further contribute to economic inequality, Robins-Brown explained.

Although Louisiana Gov. John Bel Edwards is a Democrat, and has expressed support for raising the minimum wage, both chambers of the Louisiana Legislature are controlled by Republicans. Louisiana is one of 24 states without a process for citizens to offer ballot initiatives and voter referendums.

“Both the House and Senate committees that deal with labor issues are low-priority for Republicans and Democrats because industry interests usually predetermine the outcomes in those committees,” Robins-Brown said.

For these reasons, Robins-Brown says Louisianans are depending on the federal government to take action to raise the minimum wage. He said his organization supported expanding the child tax credit because it was been a powerful tool in reducing child poverty.

Congress last failed to increase the minimum wage in 2021, when it was proposed as part of a larger pandemic relief package. Fifty Senate Republicans and seven Senate Democrats voted against raising the minimum wage to $15 by 2025. The exclusion of the expansion of the child tax credit in Congress’ omnibus bill is one more lost chance to reduce child poverty.

“The child tax credit enormously reduced poverty during the recent expansion of that program and unfortunately that was temporary,” Zipperer said. “But I think that’s a very clear demonstration that we actually have, to some degree, the capacity to eliminate a lot of poverty in this country. All it takes is overcoming the political opposition to do that.”

Casey Quinlan is an economy reporter for States Newsroom, based in Washington D.C. For the past decade, they have reported on national politics and state politics, LGBTQ rights, abortion access, labor issues, education, Supreme Court news and more for publications including The American Independent, ThinkProgress, New Republic, Rewire News, SCOTUSblog, In These Times and Vox.