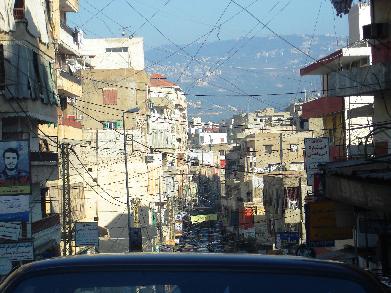 “So . . . I went to Bourj Brajneh and Haret Hreik in the southern suburbs today. No need for words; the pictures say it all. The divine victory seems to have caused quite a bit of destruction: a good thing it wasn’t a defeat, eh? The first pictures show some street scenes indicating that, in the suburbs, no one knows who owns the land, who pays the electricity, and that–like the rest of Beirut, there is a vibrant mixture of the secular and the religious/modern.”