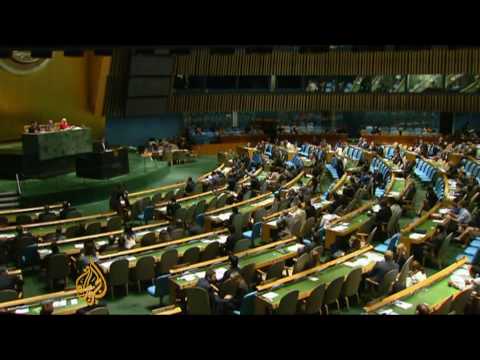 A US soldier was killed by a roadside bomb in eastern Afghanistan. Meanwhile, the US continued a new operation, Cobra’s Anger, in Helmand Province, announcing the capture of weapons caches. It is one of 22 offensives currently being pursued. But, no US or Afghan National Army troops have been killed in the Helmand operation and only 7 insurgents. Cobra’s Anger sounds so far like a relatively minor affair, and one suspects that the Taliban or other guerrilla groups are just melting away before the advance, to fight another day. Another troubling aspect of it is that there are 1000 US Marines involved but only 150 Afghan soldiers. They are supposed to have 95,000, so they could only spare 150?

The USG Open Source Center translated the Taliban response to the launching of Cobra’s Anger:

The Taleban have called the Helmand offensive unimportant. A Taleban spokesman announced that the ongoing Helmand operation was of no importance to them. In a telephone conversation with the Afghan Islamic Press (AIP) this morning, Qari Mohammd Yosuf Ahmadi, said: “The ongoing operation in Helmand, launched by foreign forces in Nawzad District yesterday, is not as major as the foreigners are saying. There is fighting going on there, but clashes erupted in the past, too. However, the operation did not have any negative effects on the Taleban positions. We are sure the operation will not produce any positive outcomes and, therefore, the ongoing operation in Nawzad is of no major importance.”

Asked if the Taleban will flee the area, Ahmadi said: “This depends on the situation, and currently we are resisting the foreigners’ operation in Nawzad District. We have no plan to retreat from Nawzad. We have made a firm decision to resist the foreigners.”

Ahmadi, who considers the ongoing operation similar to operations launched in the past, reiterated that they did not feel any major fighting in the area.
Meanwhile, a provincial council member in Nawzad District, Hajji Abdol Ahad, expressed profound concern over the ongoing operation in Helmand’s Nawzad District and said: “We were not consulted about launching the operation. It is not fair to launch such an operation in the cold weather of winter. People will be compelled to flee their homes due to the fighting. So where should they go? There are several women, children and elders among these people. It was not a suitable time for launching the operation. In fact we are very concerned about the offensive because it has created trouble for the residents.

A resident of Nawzad District, who arrived in Lashkargah on a motorcycle today, told AIP that the fighting was going on in Nawzad Districts’ northern parts and some of the residents in the northern part of the district have left their homes and gone to other areas.

The Taleban spokesman, Qari Mohammad Yosuf, claimed destroying foreign forces’ three vehicles and killing some of the soldiers during the first 24 hours of the operation. But the foreign forces denied the Taleban’s claim.

Helmand is one of the provinces under Taleban influence in Afghanistan where foreign forces occasionally launch anti-Taleban operations.

(Description of Source: Peshawar Afghan Islamic Press in Pashto — Peshawar-based agency, staffed by Afghans. The agency used to have good contacts with Taliban leadership; however, since the fall of the Taliban regime, it now describes itself as independent and self-financing)’

Aljazeera English reports on the US admission that its poppy eradication efforts in Afghanistan have been a failure.

Meanwhile, Secretary of Defense Robert Gates admitted that it has been years since the US had any good intel on the whereabouts of Usama bin Laden.