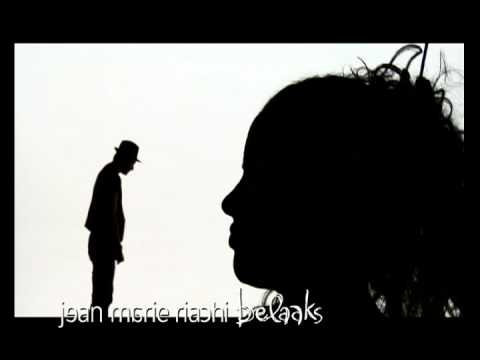 Headline news of the sort on which I concentrate on at Informed Comment is driven by dramatic events, with violence being the most dramatic. But it is also important to fight back against the reduction of Arab culture to stereotypes that have become all too common in the West. So I want to offset some of the gloomier entries with some cultural stories or just pleasant experiences.

One of the more original Arabic music albums of 2009 was Jean-Marie Riachi’s “Belaaks,” a hybrid of jazz, gypsy, Latin American and other influences performed by some of today’s leading Lebanese singers. The CD exemplifies the role of Beirut in not just transmitting culture between east and west but in achieving creative syntheses that underline the more positive side of globalization.

The title single– “Belaaks” [On the Contrary]- Arab jazz from – Jean Marie Riachi Feat. Rami Ayach & Abir Nehme — is an Arabic version of of the 1947 hit, “Quizás, Quizás, Quizás,” by Cuban songwriter Osvaldo Farrés, which has been covered by many artists, including Cole Porter, Doris Day, Celia Cruz, Samantha Fox and the Pussycat Dolls.

This is the iTunes preview of the CD.

In 2006, I left Beirut and went to Orsay, a southwestern suburb of Paris. I lived in a small inn of 8 rooms and invited musicians to work on the Belaaks project, my very own “timeless” album.
Musicians travelled from Brazil, Algeria, France and other parts of Europe. . .

Once I returned to Beirut, I invited many of my friends, Rami, Yara, Jihad Akl, Abir, Sevine and Aline Lahoud to add their Lebanese charm to the album. They were as excited as I was, and brought their own passion to the music.

The title song Belaaks is a version of the classic Quizás, Quizás, Quizás that has been through several interpretations, Riachi’s being the most recent. The track starts with a quarrel between two loved ones about a promise to love each other forever that turned out to be just the opposite, “belaaks, belaaks, belaaks”. However as the song climaxes the couple make up and declare their love for each other.