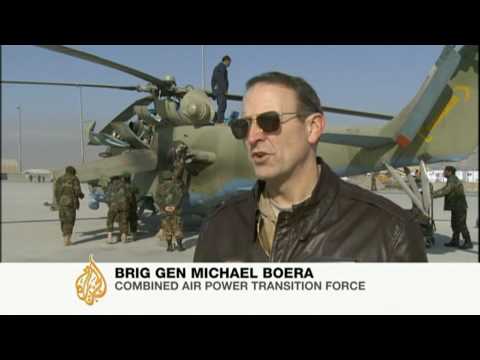 At least two Pakistani soldiers in Pakistani Kashmir were killed by a roadside bomb Thursday.Some observers fear this sort of move is a bid by the Taliban to assert themselves in Kashmir, which is contested between India and Pakistan, and where India has mounted a concerted counter-insurgency campaign. The fighting has killed thousands in the past 20 years.

Pakistan is warning that the US ‘war on terror’ is costing Pakistan about $35 billion a year in lost foreign investment and lost markets abroad for Pakistani made goods.

A day after US drone strikes killed 16 alleged militants in Pakistan’s Federally Administered Tribal Area on Thursday, two drone strikes kiled 11 persons on Friday. One of the strikes is alleged to have killed a Palestinian fighter who belonged to the Abu Nidal guerrilla group and was wanted in connection with the 1986 hijacking of an airliner.

Claims that one of the airstrikes had killed Hakimu’llah Mahsud, a major militant leader of the Pakistan movement of the Taliban, were rejected Saturday morning by his followers, who posted a video of him as proof he is slill alive.

The US military has diverted a drone from Afghanistan to Haiti, where it is being used to do relief surveillance. A much better use of it.

Two NATO troops were killed by roadside bomb in southern Afghanistan on Friday.

The US military has admitted that it is failing to recruit soldiers for the Afghanistan National Army (ANA) from Pashtun regions where the Taliban are powerful. Lieutenant General Bill Caldwell, of the US Army told Skynews that only 3% of the ANA came from the southern Pashtun regions (I presume he means Qandahar, Helmand, Oruzgan).

Since most recruits are illiterate, training has to be by ‘show and tell’, and pretty much anyone who sits through the whole 8-week course is declared trained, even if he should have been washed out. Drop-out rates had been 48%, but Caldwell says that they have been reduced to 10%. It is not clear how many of those graduates stay in the army any length of time, though. The Pentagon has dispatched over 800 new trainers (which, however, do not sound like nearly enough to me under these trying circumstances).