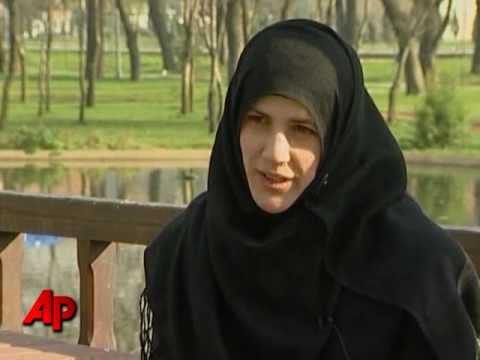 I just saw a clip on Aljazeera Arabic of the “martyrdom tape” of Humam al-Balawi, the Jordanian-Palestinian double agent who carried out a suicide bombing in Khost, Afghanistan, last week, killing 7 Americans working for the Central Intelligence Agency along with his handler, a Jordanian intelligence operative. He said his action was a message to the enemies of the Muslim community in the Jordanian and US intelligence agencies. The tape began with him outside firing a weapon, then he was seated against a black backdrop in Afghan clothing. He said he would prove that religion could not be bought and sold (was the CIA offering him millions as a reward?) He said that his suicide operation would be revenge for the killing by CIA drone of Baitullah Mahsud, the leader of the Taliban Movement of Pakistan (Urdu acronym: TTP). He noted that Mahsud had said that Usama Bin Laden was not in South Waziristan, but that if he came there, he would be protected. Al-Balawi asserted that Baitullah Mahsud was killed for these words, which were right words. He spoke of the latter’s son and successor, Hakimu’llah Mahsud, as his ‘amir’ or leader, and wished him every success in his holy struggle. The Arabic print press is now picking up the story.

Although Pakistani troops fighting in South Waziristan had found Arab passports and other effects suggesting a small presence of Arab fighters with the TTP, al-Balawi had clearly joined the movement and given it his allegiance. It seems to me an alarming development, as the Aljazeera anchor also noted, that Arab jihadi volunteers might now be enlisting under the banner of the Pakistani Taliban rather than, as in the past, al-Qaeda or one of the Afghan insurgent groups. The Tehrik-i Taliban Pakistan is only about 7 years old, there never having been Pakistani Taliban until the early 21st century–it was a phenomenon of the Soviet ethnic cleansing of Afghans, which forced 3 million into refugee camps in Pakistan, where many became radicalized. (And were encouraged in that direction by the Reagan administration).

Many intelligence specialists had insisted that the Khost bombing was the work of the Haqqani Network in North Waziristan. But I read al-Balawi’s emotionalism about the Mahsuds as a clear indication that he was working for them rather than for the Haqqanis. He must have repeated seven or eight times that Baitullah Mahsud would be avenged. The militant founder of the TTTP was killed by a US drone strike in South Waziristan in August.

The Obama administration convinced the Pakistani military to launch an attack on the Taliban Movement of Pakistan in South Waziristan this fall, so that Hakimu’llah Mahsud is on the run. 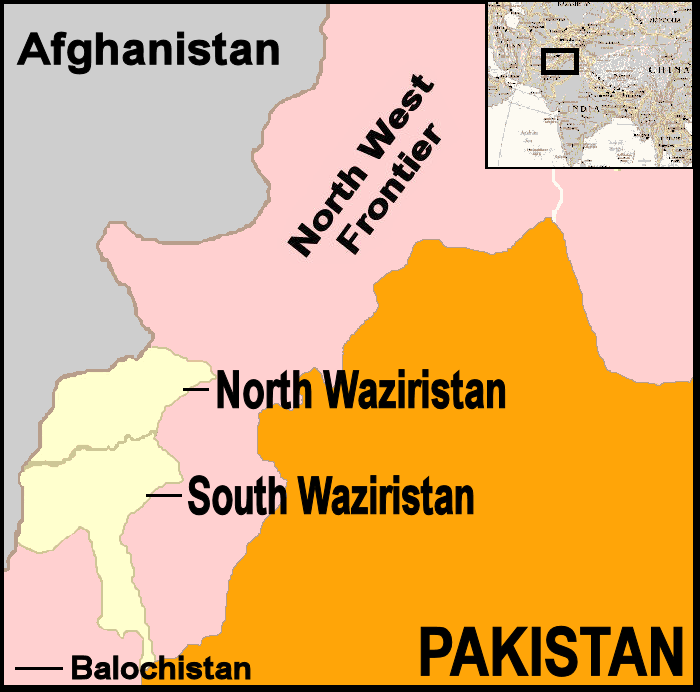 The day before, Mustafa al-Yazid, the reputed head of ‘al-Qaeda in Afghanistan’ (which doesn’t really exist; there are only 100 al-Qaeda fighters in that country) said that the Khost operation was in revenge for US drone strikes on militants in the Federally Administered Tribal areas of Pakistan.

Two US drone strikes, on Wednesday and Friday, have killed an estimated 16 militants in North Waziristan.

Al-Balawi’s sad biography in fact ties together the whole history of Western, including Israeli, attacks on the Middle East. Al-Balawi’s family is Palestinians displaced from Beersheba by Zionist immigrants into British Mandate Palestine, who in 1948 ethnically cleansed about 700,000 Palestinians from what became Israel. Most Palestinians in Jordan are bitter about the loss of their homes, for which they never received compensation, and some still live in refugee camps. The British Empire and the United States supported this displacement of the Palestinians and to this day the US government often attempts to criminalize even charitable aid to the suffering Palestinian people.

AP has a video interview with al-Balawi’s Turkish wife, in which she traces his radicalization to the brutal US occupation of neighboring Iraq, including reports of the rape of Iraqi women by US troops at Abu Ghraib (where much of the torture had sexual overtones) and the US destruction of the city of Fallujah in November-December 2004.

The Arabic press is confirming that al-Balawi was further enraged by the Israeli war on poor little Gaza last winter. A physician, he volunteered to be part of a group that intended to go to Gaza to do relief work for the victims of Israel’s brutal targeting of civilians and civilian infrastructure. (The Israelis were trying to destroy the fundamentalist Hamas party, which rules Gaza, and gave as their pretext the occasional rockets Hamas fired into Israel, though in fact there had been a truce for much of 2008, a truce of which the Israelis coldly took advantage to plan their war.)

The Jordanian secret police arrested al-Balawi to prevent him from going to Gaza. It may be that he had to agree to work for it as a quid pro quo to regain his freedom.

After the vicious war on Gaza was over, and the schools and hospitals lay in ruin, Israel ratcheted up a siege of the small territory of 1.6 million persons, half of them children, denying them enough services, fuel and even food for a decent life. In some parts of Gaza, 10 percent of the children are stunted because of malnutrition. Israel destroyed Gaza’s airport and harbor and strictly controls what goes into the territory. Israel never says what its end game is here, and how long exactly they are going to keep the children of Gaza in what one Vatican official has called a ‘concentration camp.’

In the past couple of weeks (though you would not know it from American television), two separate civilian Western aid convoys were mounted to relieve the Gazans via Gaza’s small southwestern border with Egypt (the Israelis would never have allowed them to do this, and the Egyptian state wasn’t happy either). One was supported with a hunger strike by an elderly Holocaust survivor. Some of those in the second were assaulted by the Egyptian police. British MP George Galloway was deported and forbidden to return to Egypt. Egypt is dragooned into supporting the illegal blockade of Gaza by the US on behalf of Israel, and is also afraid of the fundamentalist Hamas, which has resorted to terrorism.

Collective punishment of a whole population, especially one still technically occupied, is illegal in international law.

What is fascinating is the way al-Balawi’s grievances tie together the Iraq War, the ongoing Gaza atrocity, and the Western military presence in the Pushtun regions– the geography of the Bush ‘war on terror’ was inscribed on his tortured mind.

Morally speaking, al-Qaeda is twisted and evil, and has committed mass murder. Neither the US nor Israel is morally responsible for violent crackpots being violent crackpots. Al-Qaeda or a Taliban affiliate turned al-Balawi to the dark side. Gandhi and Martin Luther King taught us the proper response to social injustice (and it should not be forgotten that Gandhi had a significant following among the Pashtuns). But from a social science, explanatory point of view, what we have to remember is that there can be a handful of al-Balawis, or there can be thousands or hundreds of thousands. It depends on how many Abu Ghraibs, Fallujahs, Lebanons and Gazas the United States initiates or supports to the hilt. Unjust wars and occupations radicalize people. The American Right wing secretly knows this, but likes the vicious circle it produces. Wars make profits for the military-industrial complex, and the resulting terrorism terrifies the clueless US public and helps hawks win elections, allowing them to pursue further wars. And so it goes, until the Republic is bankrupted and in ruins and its unemployed have to live in tent cities.

So, yes, this al-Balawi person was going to help Jordan and the US find al-Qaeda leaders Usama Bin Laden and Ayman al-Zawahiri. Sure he was. Walmart does better background checks on its store clerks than the CIA and Jordanian intelligence did on this guy.