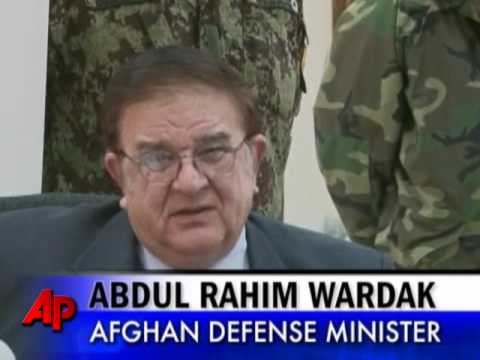 In the pincer move of British, US/ NATO and Afghan forces on Marjah in poppy-rich Helmand Province, the Taliban have behaved differently in each area. In the north, as the British approached Nad Ali, the Taliban faded away and there was very light resistance. Afghan authorities charged that 35 Pakistani Taliban were fighting alongside Afghan extremists in Nad Ali.

The American and other troops that are coming into the city of Marjah itself, however, have encountered larger than expected numbers of roadside bombs and continued sniping and other harassment from the Taliban there. Pajhwok News says that Taliban subjected US Marines who had entered Marjah and were raising an Afghan flag on a city building to intense fire. The Marines riposted vigorously.

Both the British and Americans report finding large weapons and explosives caches.

This resistance in Marjah impelled the US military to fire rockets from a truck mount at what they thought was the source of attacks, but the rockets hit a civilian dwelling and killed 12 civilians, ten of them from the same family. Gen. Stanley McChrystal, the BBC says, called a halt to the use of these rockets, since blowing up civlian houses was precisely the sort of thing the US, NATO and Afghan forces were hoping to avoid. They conceive of Marjah as a counter-insurgency operation, which begins by clearing out the insurgents but then depends on the territory being held in the long term, with locals being guaranteed security and prosperity by the forces coming in from Kabul. Very many rocket mishaps could make this outcome (of Pashtuns in Marjah swinging around to liking the foreign troops or becoming big supporters of the government of President Hamid Karzai in Kabul) even less likely that it already seems on the surface.

Like yesterday, the noise of heavy weapons being fired was heard in Marja District today. A large number of aircraft were flying over the area and the people were fleeing that area.

It seems that the Taleban have been engaged in fighting until now, but it is not clear for how long the Taleban will resist.’

Hundreds of families abandoned their homes and fled Marjah for safer ground, creating the beginnings of a homelessness problem that the United Nations relief workers in Afghanistan are attempting to address.

Both in Marjah and in Nad Ali, the commanders of the invading forces have held gatherings or Shuras with local elders.

Pajhwok News Agency reports that Afghan Gen. her Mohammad Zazai said at a news conference Sunday that 25 Taliban had been killed in the previous 24 hours. This low number of enemy dead in the face of a 15,000-man invasion force armed with helicopter gunships and tanks underlines that most of the Taliban are using guerrilla tactics rather than standing and fighting. No Afghan troops were killed in the assault as of Sunday evening.

AP covers the slow approach of the NATO/ Afghan forces, necessitated by the large numbers of roadside bombs set by the Taliban:

Aljazeera English reports on the first phase of the campaign, interviewing a local resident who expressed severe doubt that the Taliban could be permanently run out of Marjah: