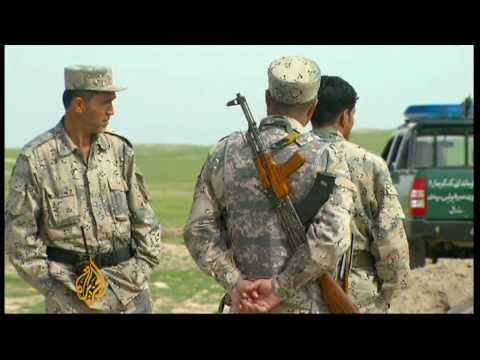 The Old Taliban of Mullah Omar hit Qandahar late Saturday with the largest coordinated bombing campaign since 2001, killing at least 35 persons and wounding 56. A spokesman said that the movement had targeted Qandahar on hearing the plans of Gen. Stanley McChrystal pledge that the US will mount a major campaign to clear Qandahar of the Taliban. He said they had showed that they could strike at will anywhere.

The governor of the province, Ahmad Wali Karzai (the brother of President Hamid Karzai), said that the attacks had targeted the prison, which houses many captured Taliban.

Aljazeera English reports on the Afghan Talibans’ plans for expansion:

Some observers in Pakistan believe that as most Taliban cells disassociate themselves from al-Qaeda, those that remain militant are bombing Lahore (and now Qandahar) as their ambitions turn local.