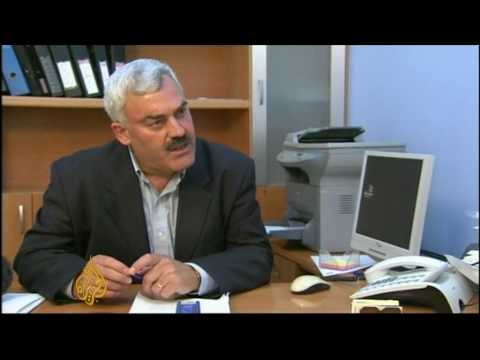 President Barack Obama acknowledged Tuesday that despite the expenditure of substantial political capital by his administration it may be that no progress will be made on Israel-Palestine peace. AP says he replied to a question as to whether his recent successes in negotiating nuclear arms reduction with Russia and getting 48 nations to sign on to an agreement to more closely monitor nuclear material might translate into diplomatic successes elsewhere.

‘ The two sides “may say to themselves, ‘We are not prepared to resolve these issues no matter how much pressure the United States brings to bear,'” Obama said. Obama reiterated that peace is a vital goal, but one that may be beyond reach “even if we are applying all of our political capital.”‘

Obama may well be right. But note the implications of no progress between Israel and the Palestinians on political settlement of their dispute:

1. Iran– the primary rejectionist state in the region, will grow in power and popularity in the Middle East

2. Anger in the Arab world toward Israel and the US will grow in intensity

3. Israeli policy toward East Jerusalem could itself be the cause for a war. Jerusalem is sacred to Muslims and Christians as well as to Jews.

4. Israel’s status as a de facto Apartheid state will be made permanent and the boycott movement will grow, ultimately affecting the Israeli economy

5. The two-state solution is dead as a doornail, and Israel will either have to give the Palestinians citizenship, or face a long and bitter struggle by the Palestinians to make their state in the teeth of Israeli opposition.

Obama’s team tried to get the Palestine Authority of President Mahmoud Abbas to restart negotiations last year, but the long-suffering Abbas insisted on a freeze on the creeping Israeli colonization of the Palestinian West Bank first. That is, he insisted that Israel not be actively annexing the very territory at issue while the talks proceeded. It would sort of be like negotiating to buy a mansion from a seller who was dismantling wings of it and carting them off to his new residence while he kept jacking up the asking price on his increasingly diminished domicile.

Netanyahu finally agreed to an 8-month settlement freeze on the West Bank. But the offer was insincere. Building within existing settlements would continue, so they would get denser. And, the parts of the West Bank Israel had illegally and unilaterally annexed to its district of Jerusalem would continue to be settled. The first, flawed offer by Netanyahu was enough to bring Abbas to indirect negotiations. But then the implementation of the second bit of insincerity scotched any movement toward peace talks as the Palestinians decided that they had to retain a modicum of self-respect. That the building of 1600 new homes on Palestinian land near Jerusalem was announced just as VP Joe Biden arrived in Israel to kick off the proximity talks made it look as though Israel is not only a fickle and unreliable diplomatic partner, but beyond that, as though its government was intent on kicking Biden in the teeth and humiliating Washington.

One problem Obama faces is that the American Israel Public Affairs Committee, a coordinating body for the Israel lobbies, has successfully mobilized both houses of Congress against him with regard to putting further pressure on far rightwing Israeli Prime Minister Binyamin Netanyahu to stop building settlements. Congress decides on how much money to give Israel annually, and how many weapons to sell it. Obama cannot effectively threaten Netanyahu with a reduction in the billions of dollars a year in aid, trade privileges, loan guarantees, and military equipment sent to Israel by the US. Those goods are in the gift of Congress, and Congress typically yields to AIPAC and its colleagues. As John Mearsheimer and Stephen Walt have demonstrated in The Israel Lobby, these lobbies cultivate congressmen and senators from the beginning of their careers. The Christian Zionists, who form a significant movement within US evangelicalism, probably number some 10 million, and it is not hard to get them to write their senator on behalf of Israeli expansionism. Pro-Israel organizations and individuals are disproportionately politically active and likely to give to political campaigns.

A recent Israeli government decree that could lead to the expulsion of thousands of Palestinians from their homes in the West Bank has stirred extreme anxiety in the region.

Aljazeera English has video on the new rules:

According to the London pan-Arab daily, al-Quds al-Arabi, the Jordanian government fears that Netanyahu and his even more right wing foreign minister, Avigdor Lieberman, will engineer clashes between Israeli colonists on the West Bank and the Palestinian villagers on whom they are encroaching, as a pretext for pushing tens of thousands of Palestinians into Jordan.

Certainly, Israeli-Jordanian relations are at their lowest point since the 1994 peace treaty between the two countries — a treaty that King Abdullah II says he is beginning to regret. He worries that Jerusalem is a keg of dynamite, that Gaza and Lebanon could explode into hot war at any time, and even that Israel and Iran may go to war against one another.

Yep, those are the things a person worries about, who knows the region at all well.