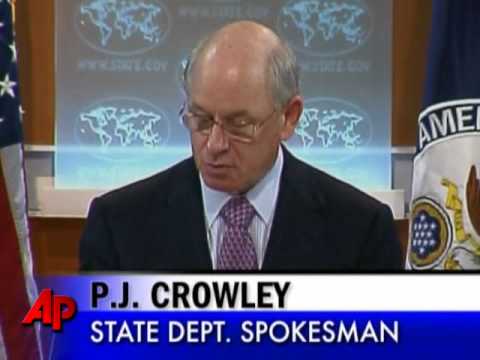 Although in the US the big news out of Pakistan on Monday, understandably, was a Taliban attack on the american consulate in Peshawar that killed 5 persons, including two Pakistani policemen guarding the consulate, in Pakistan itself the subsequent bombing of a political rally that left around 45 persons dead and 100 others wounded was equally a source of anxiety.

Five well-armed and well-trained guerrillas of the Tehrik-i Taliban Pakistan (TTP or Taliban Movement of Pakistan) launched the attack on the consulate with rocket propelled grenades. It appears that three of them were killed prematurely when one accidentally detonated the bomb in his vehicle. Two of the dead were found with sophisticated suicide bomb vests that they had not had the opportunity to set off at the consulate. It is chilling that only the bombers’ own mistakes prevented the attack from being much more devastating.

Azam Tariq, a spokesman for the Movement of Pakistani Taliban in the city of Miranshah, announced to reporters that the attack on the consulate was intended to be revenge for US drone attacks in the tribal regions and for the role the US played in pushing the Pakistani military to mount military campaigns against the TTP in Swat and South Waziristan. Dawn quotes him as saying ““We will continue attacks on the Americans in Pakistan and Afghanistan.”

In Timergara, 171 km from Peshawar, a Taliban suicide bomber killed 45 and wounded 100 at a rally. The secular Pashtun party, the Awami National Party, held a big celebration to commemorate the renaming of the North-West Frontier Province as ‘Khyber-Pukhtunkhwa.’ The new name combines a famous place name (the Khyber Pass) with the ethnic name of most of the people of the province, Pukhtuns or Pashtuns. The other Pakistan provinces were already named for their major ethno-linguistic group. The renaming was a victory for Pashtun subnationalism and therefore poses a threat to the Taliban, who seek their support from the Pashtuns, as well. Most Pashtuns reject the extreme religious and political ideas of the Pakistani Taliban, and the ANP, which controls the state legislature, is promoting a form of Pashtun ethnic pride. This is not the first time the Pakistani Taliban have lashed out at their secular rivals. That there is a powerful anti-Taliban political tendency in Khyber-Pukhtunkhwa is often overlooked by outsiders.

GEO satellite television said in its broadcast of “Today With Kamran Khan” on Tuesday, April 6, 2010:

‘Kamran Khan establishes telephonic contact with Mian Iftikhar Hussain, NWFP senior minister, and asks him whether the local leadership of Awami National Party (ANP) did not take a risk while arranging a public meeting in Lower Dir because two or three major terrorist attacks have taken place there in recent weeks. Sidestepping the question, Hussain says: the ANP is in “forefront” of war against terror and it is supporting and siding with the security agencies at all cost and, so, the terrorists are naturally targeting the ANP. Hussain adds that the ANP has, however, accepted the challenge of terrorists and it will neither be “frightened” nor “surrender” in fight against terror. Hussain says: “there may be many more martyrdoms, but we have made a resolve, a firm resolve, that our jihad would continue until the elimination of terrorists.” When asked why Dir is being particularly targeted by terrorists, Hussain says Dir borders Bajaur and Mohmand Agency which had been strongholds of terrorists and as their strongholds are being gradally dismantled (in military operations), terrorists want to have their presence felt through some isolated attacks. When asked whether attackers of US consulate have been identified, Hussain says: faces of five of the attackers are beyond recognition and only the face of one remaining attacker is slightly recognizable and he appears to be “foreigner,” but this would be confirmed only after the completion of investigation. Hussain pays tributes to the security agencies for foiling the “well prepared” terror attack.’

The outbreak of Taliban guerrilla attacks in the northwest did not forestall the Pakistani government’s major political move. President Asaf Ali Zardari is attempting to speed up the passage of legislation that would strip the president of the right arbitrarily to fire the prime minister and dismiss parliament. Zardari, oddly enough, addressed parliament in English, speaking for the last time as a political figure– before being reduced to a political symbol. This movement by the Pakistani government does return it to a parliamentary model that is more democratic than the high-handed president’s rule fostered by military dictatorships since the early 1980s, though from the point of
view of the Pakistan public, the deterioration in the country’s security is probably the more pressing issue.