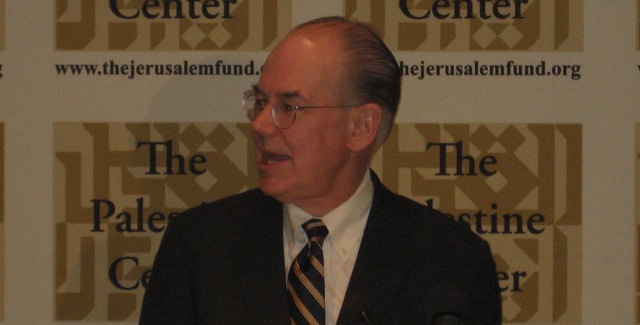 President Obama threatened that he would take over the Israel-Palestine peace process himself, along with European allies, and recognize a Palestinian state, if Israeli-Palestinian negotiations had not begun by September 1. Despite the howls of outrage from the far right Israeli government and its American acolytes, the threat seems to have worked.

The Israelis have dialed back their threats to build frenetically around East Jerusalem, and proximity talks (negotiations about negotiations) are set to begin the coming week. The Arab League on Saturday backed a trial four-month period of indirect negotiations. The Arab League in 2002 offered Israel a comprehensive peace treaty with all Arab states if it would relinquish the territories that Tel Aviv captured and occupied in 1967. Israeli governments have rudely rejected the peace offer ever since. The likelihood that the Likud-led government of Israel will negotiate in good faith with the occupied Palestinians is low, since it and its political allies are land-hungry expansionists who want to annex more and more of their neighbors’ land to Israel.

Gaza’s unemployment rate of 40%, an artifact in large part of the Israeli economic blockade on the territory, provoked May Day demonstrations by thousands of leftists on Saturday.

The International Committee of the Red Cross points out that the Israeli blockade of the 1.6 million Palestinians in Gaza has interfered with the importation into Gaza of essential medicines and medical equipment, and restrictions on fuel imports mean that Gazans have electricity only 60% of the time. Lack of electricity has a deadly impact on hospitals and patients. On the Palestinian West Bank, too, Palestinians are suffering under occupation and colonization, with farmers denied access to their olive groves by militant, gun-toting, bearded Jewish-fundamentalist squatters on Palestinian territory.

In international law, blockades of civilian populations are categorized as collective punishment, which is a war crime. It is also grossly illegal for an Occupying military force to import its own citizens into an occupied territory.

Since the cumbersome internationally-backed but relatively fraudulent ‘peace process’ has only resulted in more and more misery for average Palestinians, it seems likely that President Obama’s threatened course of action may be the only realistic path to a two-state solution.

In this transcript, John Mearsheimer of the University of Chicago recently outlined the emerging consensus view among dispassionate observers of the conflict, which is that the current situation is Apartheid and that the resulting human rights violations are likely to worsen. Here is the video

Apartheid Israel will inevitably face increasing boycotts, just as Apartheid South Africa did. Matthew Taylor sees the recent nearly-successful attempt of the UC Berkeley student assembly to pass a resolution calling for divestment from corporations such as GE and Caterpillar that economically benefit from the Israeli Occupation as a sure harbinger of the future, even though it was narrowly turned back by the student senate. Even members of of Prime Minister Binyamin Netanyahu’s own family see his policies toward the Palestinians as ruinous for Israel.