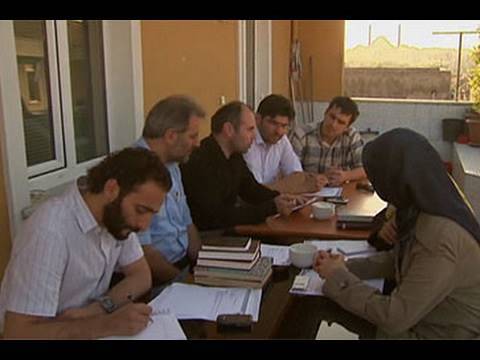 Predictably, the Israeli military investigation of itself with regard to the commando attack on the Mavi Marmara humanitarian aid ship on May 31 is a whitewash that says the deployment of deadly fire by the troops was justified. Eyewitnesses reported that one seated photographer was abruptly shot between the eyes, and that another innocent’s head exploded when he was shot from above. The report mentions the Israelis airlifting the humanitarian workers whom they had injured to shore for medical treatment but not the nine persons, one of them an American citizen, whom they killed.

Despite a resignation among intellectuals in the United States to Israel having gotten away with it again, the mood is quite different in Turkey.

Turkish Prime Minister Recep Tayyip Erdogan said again on Monday that he ‘has no intention of letting Israel get away with its “pirate-like” and “barbarous” attack which led to the death of civilians. ‘

Erdogan said, “I’m saying it very clearly: The Mavi Marmara and those on board who were carrying medicine and games for children were subject to a barbarous and pirate-like attack in international waters. We will never give up pursuing this point,”

Erdogan also expressed impatience with the failure of the Obama administration to pressure the Israelis about the attack, saying that President Obama had said he agreed with Erdogan’s stance when they met privately, but then seemed not to have followed through when Obama met recently with Israeli Prime Minister Binyamin Netanyahu. Or, Erdogan speculated, perhaps press reports about the Obama-Netanyahu love fest were inaccurate (i.e. behind the scenes Obama may have actually read Netanyahu the riot act about the assault on the Gaza aid flotilla).

IHH, the Turkish charity backing the flotilla effort, rejected the Israeli report, contrasting the firearm-toting Israeli commandos to the civilians aboard. Aljazeera English has video:

Israel responded last month to the IHH flotilla efforts by putting the organization on a terrorism watch list.

Writing in Today’s Zaman, Ayse Karabat reports on the reaction of Turkish intellectuals such as Sedat Laçiner to the Israeli military report. Laçiner observed, ‘as someone who lives in Ankara, I was able to contact the Mavi Marmara and able to ask them how the situation was. They told me that there was a group of people on the ship, preparing sticks to use against Israeli soldiers if they tried to intercept them. If I knew that, sure Israel knew about it, too.’

Nihat Ali Özcan of the Economic Policy Research Foundation of Turkey, said, “Recent developments in the world tell us that if you confront a group, you have to learn their conflict culture, not their physical capacity. The passengers of the ship were from a civil society organization, but not a Norwegian-style [one].”

Kürşat Atilgan, a retired military officer now serving in the Turkish parliament, criticized Israel as a ‘paranoid state’ and said that it was impossible to know at what distance from their shores their paranoia would kick in.

Turkey continues to demand an apology from Israel, and has closed off its airspace to the Israeli air force.