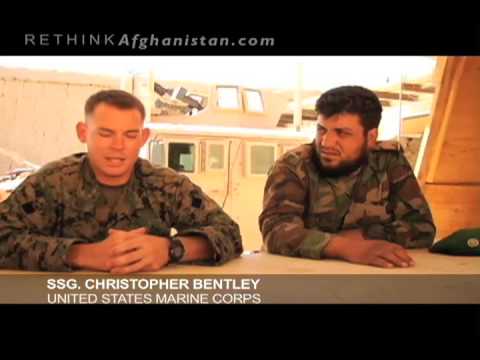 Part 3 of Rethinking Afghanistan— on the cost of the war– directed by Robert Greenwald of Brave New Films.

The wars in Iraq, Afghanistan and elsewhere, initiated by the Bush Minor administration as the “war on terror,” have now cost over $1 trillion, according to the Congressional Research Service. It is the most expensive conflict in US history in real dollars with the exception of World War II. By 2017 the cost is expected to more than double to $2.4 trillion. Economists Joseph Stiglitz and Linda Bilmes predicted that the wars would cost $3 trillion once you figure in the cost of care for veterans, but it increasingly seems as though their estimate is low.

In the wake of the financial collapse of the United States, moreover, that is trillions that we do not have (Bush borrowed most of the cost of his wars from future generations at the same time he cut taxes on the wealthy, setting things up so as to push the middle class into poverty while establishing a permanent super-rich oligarchy of spoiled brats like himself).

Sen. Claire McCaskill, D-Mo, and other Democrats on the Hill are increasingly concerned about the cost of the war, as well as about lax auditing of US government expenditures on it.

See also this recent Reuters factbox on the cost of the Afghanistan war to American taxpayers.

And see Fareed Zakaria’s estimate that the US will spend $100 bn. on Afghanistan in 2010, or $1 bn. per al-Qaeda operative thought to be in that country.