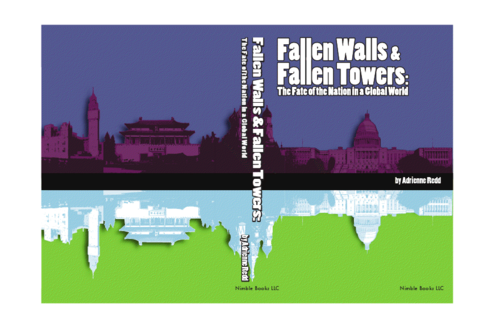 Adrienne Redd writes in a guest column for Informed Comment

After remaining silent for the first month of the semester, a student in my seminar entitled “Understanding Global News” spoke up after I presented historical context pertaining to the Israeli-Palestinian conflict. He first acknowledged to the rest of the class that he is of Palestinian ancestry and then asked (regarding my optimism about peace in the Middle East) “What about Jerusalem? How can it be partitioned?”

What about Jerusalem? If frantic efforts on the part of the U.S. and the other three representatives in the quartet the European Union, United Nations, and the Russian Federation) persuade the Palestinians to remain at the negotiating table, Jerusalem is the next crucial hurdle to a peace accord. The city is arguably the plot of territory most ancestrally precious to the three Abrahamic religious groups—perhaps a billion Muslims, more than two billion Christians, and 13 million Jews.

In my new book, Fallen Walls and Fallen Towers: The Fate of the Nation in a Global World, I argue that that in order to successfully navigate international disputes, the conception of the nation-state must move beyond the 350-year old Westphalian principle of sovereignty. As a relatively recent political concept, its genesis lies in the principle of (religious) non-interference that ended the Thirty Years’ War of 1618-1648. Later, the word “sovereignty” came (problematically) to mean overreaching control of national interests and even pre-emptive self-defense. However, both the expansion and hardening of “sovereignty” have gotten the world into trouble.

The tired analogy of clearly defined lines between the “artificial” persons (political states in an international community) that Hobbes first described and that were codified in the Peace of Westphalia will not work in a globalized world. In the real world, that we occupy, torrents of information, money, goods and people stream through formerly watertight nation-state boundaries. Nation-state can’t and should not try to remain sealed behind impermeable seals. Clearly, the worst-off nation-states of the world are today the most “sovereign”: North Korea, Myanmar, etc. What nation-states should strive for is the sweet spot between isolation and almost total loss of control, as in Somalia.

As much as I adore my philosophy professor who said, “Your rights stop where my nose begins,” metaphorical “skins” and “noses” are no longer the images we should use to think of nations-states and that primal of all nation-state properties, sovereignty. Layers of political “clothing” (cooperative authorities) are more like it.

To probe this need for evolution of sovereignty, I pored through over 500 opinion-editorial texts in three newspapers: The New York Times, the Times of India and the Daily Gleaner (of Jamaica) that had been written over 62 years. I examined texts written immediately after the end of the Cold War, and finally I chased my own hunches in ideas intimated by sixteen scholars, politicians and pundits. Not necessarily expressing their ideas in concert, they all suggest that historical conceptions of the nation-state needed to evolve so it can survive globalization.

I too believe that the world must undertake a conversion to a form of sovereignty that entails reciprocity, transparency and mutual recognition—consistent with the mutuality that British diplomat, Robert Cooper describes in his 2003 book, The Breaking of Nations.

Forget the label of “new liberal imperialism” that other thinkers have slapped on Cooper (as well as on Michael Ignatieff, and Thomas P.M. Barnett, two more of the public intellectuals whose work I examine). The power of the idea of “shared” or mutual sovereignty is both that it has historical precedents and thinkers from diverse points on the ideological spectrum have begun to explore this idea. George Shultz, Zbigniew Brzezinski, Fareed Zakaria, and Kofi Annan have all been groping toward or hinting at such refinements of our outdated ideas about what political institutions should do. One could argue that shared sovereignty is precisely what the United States has worked from since 1941, but that this trend was dangerously reversed after September 11, 2001, as discussed by Brzezinski and Ignatieff and others.

Cooper touts polities that have matured from advancing narrow self-interest to a foreign policy of reciprocal strength and protection of one’s neighbors. This is crucial to what must happen between Palestine and Israel and within Israel in this precious, ancient city.

It is entirely possible for Muslims, Christians, and Jews to share jurisdiction over—for example—which authority keeps the street lights working, who repairs potholes, and who has access to the Muslim Noble Sanctuary, venerable Christian churches, and the Wailing Wall and Jewish Temple Mount. Responsibility, control and funding are now shared around the world among local school districts that receive money federal taxes and adhere to their standards while setting their own, or between inspection at several levels of governance for safety standards. Such cooperations are negotiated elsewhere and can be negotiated for Jerusalem.

There is even precedent for shared sovereignty in international law; it is know as “condominium.” Though it has struggled of late, the Brčko district of Bosnia and Herzegovina, is one such example of a locality shared between multiple international bodies. Native American nations share “sovereignty” with federal government of the United States. (The status of “sovereign” Native American nations is related to the Medieval arrangement of “suzerainty,” though no one calls it that). When Rome transitioned from truly being an empire, Vatican City was pared down to be a partially “sovereign” entity that cooperating Italy in some ways but also holding a seat in the United Nations Organization. There are also several much older historical precedents, such as cooperation between the Hittite Empire and Egypt dating to the 13th century B.C.

Is this a solution that could work for Jerusalem in the creation of a nation-state of Palestine—without a Berlin Wall-like partitioning? Yes it is. The separation barrier isolating the annexed territory of East Jerusalem is precisely the wrong structure and the wrong idea. An overlay of tasks, funding, control and populations is already what is happening among political authorities around the world. Opinion-makers, statesmen and thinkers must examine shared sovereignty, study it where it is already happening, negotiate who does what, and imagine the solution into existence.

Adrienne Redd is an adjunct professor of sociology and communications at Arcadia University in suburban Philadelphia. She holds a Ph.D. in human and organizational systems and masters degrees in sociology and human and organizational systems. She has developed and taught seminars and courses that include: “The Individual versus the Public Good,” “Understanding Global News,” “Contemporary Social Problems,” and “The Sociology of Whiteness.” She is the author of
Fallen Walls and Fallen Towers: The Fate of the Nation in a Global World.
(See the book’s web site, as well as this recent essay.