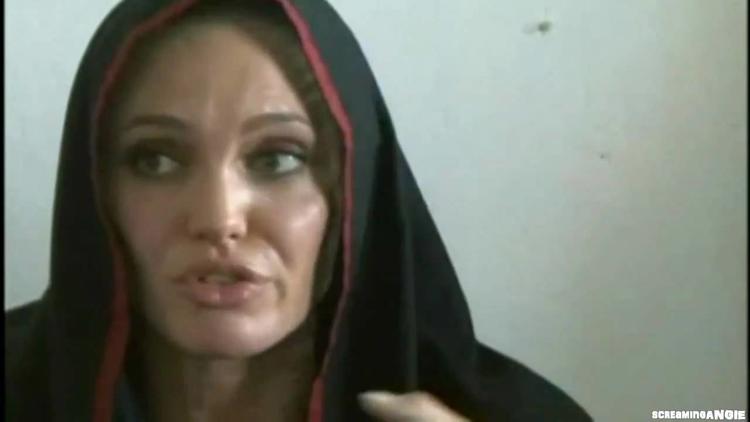 The horrible era of anti-Muslim bigotry in the United States yielded a one-day silly season on Thursday, covered wall-to-wall by the US cable news channels. The weird cultist Terry Jones, fired from his church in Cologne, Germany last year for abusing his congregants, preaching hate-filled sermons, and demanding absolute obedience, was favored by an unprecedented telephone call from Secretary of Defense Robert Gates asking him not to burn the Quran, the Muslim scripture, on Saturday. Jones, who can’t seem to get even 50 people to follow him in Gainesville and is a nobody with a nasty stunt, is nevertheless getting millions of dollars worth of free advertising for his lunacy courtesy Time Warner, Newscorp, etc. If there were any responsible adults left in the producers offices of the major television news shows, they would have long since pulled the plug on this non-story. Then Imam Mohammad Musri of central Florida came out and announced that he and Jones would be flying to New York to see Imam Feisal Abdul Rauf on Saturday. Jones seemed to be under the impression that he was in a position, by calling off the Quran-burning, to force Abdul Rauf to move his proposed inter-faith community center. Then Abdul Rauf came out and said he’d had no contact with Musri or Jones and though he was glad the book-burning had been called off, he wasn’t going to have the issue toyed with. Jones replied that he had been lied to and was only suspending the Quran burning and reserved the right to go ahead with it.

Abdul Rauf didn’t want to come out and say it, but I will. Terry Jones is deploying the tactics of terrorism without actually harming anyone, a sort of psy-ops terrorism. He is attempting to coerce people by threatening symbolic violence. And that is the answer to the mystery of why anyone is paying attention to him, including the Secretary of Defense. He has them over the barrel because he is prepared to shout “fire!” in a crowded theater. Everyone knows that his book-burning would have been filmed, and the video would have been played over and over again by Muslim radicals. Hate speech and incitement to violence on Jones’s web site led his internet service provided to yank his site on Thursday.

One nut case attracts another, so now a Topeka “pastor,” Fred Phelps, says he may take up Jones’s slack. Phelps’s group, which is lower than toilet sludge, has ruined military funerals for slain GIs by picketing them.

Then yet another egotistical exhibitionist, Donald Trump, announced he was willing to buy the Park 51 property where Abdul Rauf plans his community center, for the fair market price plus 25%. The developer was reported to have better offers, and Trump’s grandstanding appears to have changed nothing.

This hydra-headed story about, like 100 unbalanced people, was sliced and diced by the television gossip-pundits all afternoon and evening for millions of viewers. I mean, is this the last days of Rome and are these our bread and circuses?

Here are some stories of infinitely more consequence that cable news mostly did not cover much or even wholly ignored on Thursday:

1. “Twelve American soldiers face charges over a secret “kill team” that allegedly blew up and shot Afghan civilians at random and collected their fingers as trophies.” WTF? I think Afghans may be more upset about this than whatever happens in Gainesville, Fl.

2. A whistle-blower alleges that a significant proportion of civilian translators of languages like Pashtun provided to the US military by a private contractor don’t actually know the language very well and that their scores on exams were altered. In one instance, a local tribal elder wrote on a slip of paper that the Taliban were preparing an ambush near by, and passed it to the clueless “translator,” who didn’t understand it. US troops died in the ambush.

3. In keeping with their historical charge of ‘healing the world,’ many American Jewish communities commemorated the beginning of their high holy days (the ‘days of awe’) by condemning the rising tide of anti-Muslim bigotry in the US. Read, for instance, the words of Rabbi Ira Flax of Alabama. Rabbi Michael Lerner is leading a Quran reading on Saturday in the Bay Area. These many heroes are countering the actions of a handful of hateful, well-heeled neocons who have joined with Christian supremacists in promoting Islamophobia in apparent ignorance of the simple fact that no Western country that came after the Muslims has ever not also come after the Jews. LeShana Tova, friends.

4. UN envoy Angelina Jolie, on a trip to Pakistan, underlined the country’s enormous aid needs in the wake of the unprecedented deluge that put a fifth of the country under water. Another 40 villages have been drowned in Sindh in recent days, and only 1.5 million of the 8 million people made homeless by the deluge have received shelter. This is a massive ongoing tragedy to which no in the outside world seems to be paying attention except Jolie. Why hasn’t Secretary of State Hillary Clinton gone there personally and toured the camps and brought aid? Does Washington not understand what that would mean to Pakistanis? Such visible acts of American solidarity with the flood victims would help bury the minor news stories generated in Pakistan by American Islamophobes. (See my piece on the Pakistani floods in Tomdispatch.com).

I could go on with stories more important than the minor kook Terry Jones, because all of them are.