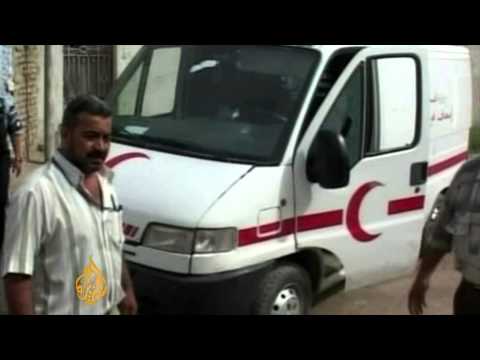 Wikileaks’ publication of 400,000 pages of previously secret documents on the Iraq War is roiling Western capitals and Baghdad. Julian Assange maintains that some 15,000 civilian deaths beyond the official US estimates are detailed in these documents. Secretary of State Hillary Clinton condemned the massive leak on grounds that it will endanger US troops. Assange maintains that the documents have been scrubbed so that no individual would come to harm from their publication.

The Iraqi government has been embarrassed by the allegations of prisoner abuse, and has vowed to investigate all such charges. The low-level US military reports repeatedly described instances of mistreatment of detainees that were seldom investigated by high US officers or officials. Many of the charges, however, pertain to the period before the summer, 2005, revelation of secret torture prisons for Sunni Arabs run by Ministry of Interior special police commandos, many of them from the Badr Corps or Mahdi Army Shiite militias.

The (Sunni) Arab nationalist London daily, al-Quds al-Arabi (Arab Jerusalem) slammed the US and its Iraqi allies. It says that the documents indicate that caretaker Prime Minister Nuri al-Maliki may be implicated in the running of Shiite death squads. Likewise, they show that the US military covered up torture in Iraqi prisons and the involvement of Iraqi troops in widespread killings and torture. It says that the leaks show that the death toll consequent on the US invasion is much larger than had earlier been announced.

The documents, the daily says, accuse Iran of arming Shiite death squads and contain new information about the victims of US security company Blackwater (now Xe). Al-Quds al-Arabi says, “It is expected that the publication of the documents will have direct effects on the security and political condition in Iraq, as well as constituting a new blow to the reputation of the United States around the world, and especially in the Middle East.” It adds that although Iraq has fallen off the radar in American political debastes recently, the revelations could bring it back, as well as reviving painful memories of torture at Abu Ghraib, etc. (The paper is wrong about this; the US public has firmly put Iraq behind it and that debate is unlikely to revive because of these leaks; now new photographs, that might provoke some interest).

The Guardian has frequent updates as this story unfolds.

Aljazeera English reports on the revelations in the documents about further abuses committed by the private security firm, Blackwater.