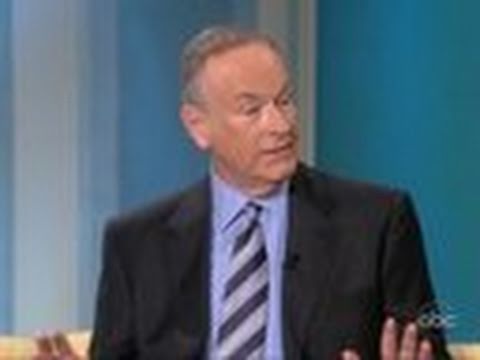 The View stars Whoopi Goldberg and Joy Behar walked out on Bill O’Reilly Thursday when the right wing pundit insisted on blaming all Muslims for the September 11 attacks. They pointed out that a small group of extremists carried them out, not “Muslims” as O’Reilly was insisting. When he kept repeating his smear of the whole religion (1.5 billion people), the two of them stood up and walked out.

Here is the blow-up:

Barbara Walters criticized her co-hosts for having departed but then took up their point and insisted to O’Reilly that he is wrong. She finally got him to back down and say he did not mean to blame all Muslims and to say that he had spoken ‘inartfully.’

Elizabeth Hasselback then intervened and blamed President Obama for the confusion, saying he had forbidden people to use the word “terrorst,” and and started talking about ‘Muslim extremists’ instead, and that it would have been better just to keep talking about terrorists because terrorists exist across all faiths.

Hasselback is right in the second part of her assertion, but is mistaken if she thinks that President Obama ever ‘forbade’ the use of the term “terrorism” or “terrorist” with reference to Muslim extremists.

See for instance his diction when he spoke about the attempted crotch-bombing over Detroit by a recruit from al-Qaeda in the Arabian Peninsula.

Some of the confusion was deliberately sowed by O’Reilly, who used the phrase “Muslims attacked us.” If he had said “the Muslims attacked us,” it would have been clear that he meant all of them. By leaving off the definite article, he was able to imply that all Muslims attacked the US on September 11 but provided himself with plausible deniability.

I have have pointed out that the September 11 attacks contravened Islamic law in several important respects. So there was nothing ‘Muslim’ about it and indeed Usama Bin Laden appears to have admitted as much when he said that those young men had no ‘fiqh’ or Muslim law.

I am filled with admiration for Goldberg and Behar, who responded exactly as all decent human beings should when face to face with what is essentially a blood libel. Here I disagree with Barbara Walters. There is some discourse that is inappropriate for reasoned discussion on the mass media.

If Walters had had a guest on who insisted that “Jews attacked us” in the USS Liberty incident of 1967, instead of specifying that it was only some Israeli military personnel, would she really have sat there and listened to it and broadcast it to millions of viewers.

Television is a hot medium, and given the passions running high in the election season, O’Reilly was shouting ‘fire’ in a crowded theater.

Moreover, O’Reilly is an artificial pundit who is where he is because media billionaire Rupert Murdoch put him on the air. He is nobody on his own and has never had an interesting or original thought. He is moreover, a prominent stalker of a female staff member, and it is shocking that Walters should have him on The View to talk to an audience of women.

It should not be lost sight of that O’Reilly’s true target was not “Muslims” but President Obama, and what O’Reilly was attempting to imply was that Obama was insufficiently sensitive to the need to act in bigoted ways toward Muslims (e.g. denying them their constitutional rights on grounds of non-Muslim ‘sensitivities.’) White people’s feelings were hurt in the South for decades at the attempt of African-Americans to exercise their constitutional right to vote.

There is still a gender gap, with women more favorable to Democrats and the president, and O’Reilly’s effort was to address that constituency with his Islamophobic message, which in turn was a Republican message.

Goldberg and Behar have restored some decency to the US mass media when it comes to Muslim-baiting. Bravo!

Joy Behar discussed the matter further with former Minnesota governor Jesse Ventura on her own show, in which she said she walked out because what O’Reilly said was in her view hate speech. Ventura is a mixed bag. On the one hand he made the correct point that if people have a constitutional right, that is the end of the story. You can’t take it away from them. On the other, he unfortunately brought up a ‘truther’ perspective that exonerated even radical Muslims. The evidence that al-Qaeda carried out 9/11 is overwhelming and it is disturbing to me when people try to let them off the hook. Here is the Behar video: