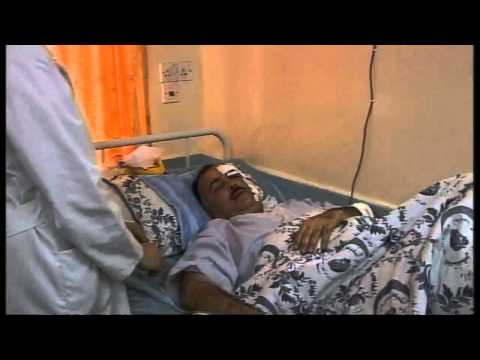 Iraq’s security problems continue to be severe, if not generally crippling the way they were in 2006, as underlined by Sunday’s guerrilla takeover of a Baghdad church and the subsequent deaths of dozens when the terrorists detonated suicide belts during a government rescue attempt on Monday. The al-Qaeda operatives who took hostages said that they were taking revenge for Qur’an-burnings by churches in the United States. Religious bigotry is the gift that keeps on giving.

The vacuum at the top has had an impact on somewhat worsening security, since Iraq still just has a caretaker government 8 months after the March 7, 2010, election (a record in modern history for Westminster style parliaments, which often get ‘hung’ but never for this long).

There may be some movement, however, toward the formation of a government. The massacre at the Baghdad church, and the attempt of Saudi Arabia to offer its good offices in the formation of a government, seems to have convinced a small Shiite party to play ball with Nuri al-Maliki. I saw al-Maliki, the incumbent and leading candidate to form the new government, on Aljazeera, announcing that he was in the last stages of putting together a viable ruling coalition. The Islamic Virtue Party, or Fadila, has announced that it will support al-Maliki for Prime Minister. He needs 163 seats out of 325. He has the support of his own State of Law coalition of Shiite parties, led by Da’wa, which has 89 seats. He also is supported, after Iran applied pressure, by Muqtada al-Sadr, whose supporters hold about 39 seats. And by the Badr Organization, the political wing of the Shiite militia trained by the Iranian Revolutionary Guards, which has to have 8 seats. The Islamic Virtue Party, a splinter of the Sadr movement that follows Ayatollah Muhammad Ya’qubi, has 6 seats. That comes to at least 142 by my count, more if some Shiite independents within the Shiite fundamentalist National Iraqi Alliance swing around to him.

Obviously, al-Maliki still needs a little over 20 seats to have a majority. But he is closer to that number than any other candidate, and, indeed, I think it is now the case that no one else could hope to form a government. If al-Maliki can gain the entire National Iraqi Alliance, with its 70 seats, he would have 159 and could probably pick up the other 4 fairly easily at that point. But it is likely he would not need to deal with small parties to find that support, because the Kurdistan Alliance would step in to back him, as its leaders have already suggested, if he gets that close to forming a government (the Kurds want a place at the table in Baghdad).

Much depends now on the decisions made by cleric Ammar al-Hakim of the Islamic Supreme Council of Iraq, an NAI component that has vehemently resisted al-Maliki. But even more important are the Kurds, and what al-Maliki is willing to offer them (they want a referendum held in Kirkuk about its accession to the Kurdistan federation in the north of the country, a referendum they likely would win, but which threatens violence from Arabs and Turkmen.)

Meanwhile, Baghdad mourned the some 58 Christians killed in one of Baghdad’s most prominent churches when Sunni Muslim militants took the congregation hostage after a failed attempt on the Iraqi stock exchange. An Iraqi government swat team went in for a rescue, but the guerrillas turned out to be suicide bombers who detonated their payloads inside the church. Iraqi Christians are complaining bitterly that the government mishandled the rescue.