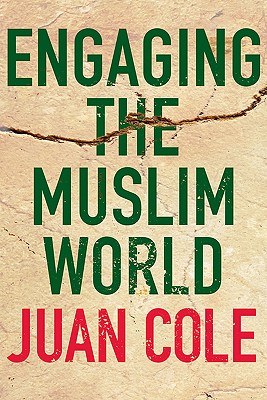 Rep. Peter King (R-NY), the incoming chair of the House committee on Homeland Security has announced that he will hold hearings into the ‘radicalization’ of American Muslims. This, despite the fact that the Muslim Americans are pillars of the US community–disproportionately well-educated and well integrated into the country, and even though a third of tips forestalling radical Muslim operations come from the community itself. And, despite the fact that most terrorism in the US is committed by white supremacists. King’s obscene gesture of Kristallnacht-by-hearing does not come out of the representative’s own eccentricities, but is part of an organized conspiracy to demonize and marginalize Muslim Americans and Arab Americans. (Ironically, as we will likely hear more of from the Wikileaks cables, the British government considers King little more than a terrorist himself, given his vocal support for the Irish Republican Army, which regularly blew up London from the 1970s through the early 1990s).

Max Blumenthal, writing at Tomdispatch.com, explores the crazed underground world of anti-Muslim hatemongers, fueled by secret funding from millionaire fanatics and the poison pens of professional propagandists, who have proved that they can push around Establishment institutions and successfully smear their innocent scapegoats. It is worth remembering that there have been three phases of the Ku Klux Klan. The second arose in the wake of the massive wave of immigration to the US from the Mediterranean and Eastern Europe 1880-1924, which provoked the KKK 2.0 to widen its sphere of hatred from emancipated African Americans to newer arrivals— Jews and Catholics. Now that Jews and Catholics have become ‘white,’ some of them have joined with evangelical Protestant nativists in a new sort of Ku Klux Klan targeting the latest immigrant group, the Muslim-Americans. The most prominent figures in this hate-mongering and in the fomenting of ‘media lynching’ of Arab-Americans and Muslim-Americans have been fanatical backers of the Israel lobbies, some right wing Catholics such as Tom Tancredo and Rudy Giuliani, and evangelicals such as Mike Huckabee.

John Mearsheimer’s explanation of the march toward a US national security state and the decline of US democracy is persuasive. He says it is rooted in perpetual war and a foolish and self-destructive attempt by the US to be a global hegemon. I would add that both enterprises require a regimenting of the domestic public, which in turn requires fear-mongering to get them to surrender their rights. Since the wars are for resources in the resource-rich Muslim world, it is convenient to demonize Muslims across the board, including domestic ones. In essence, the military-industrial complex, in which Peter King is a key player, is busy reducing us to prison inmates, and convincing us that we are about to be raped by some large Muslim convict, and that we have no choice but to become the ‘bitches’ of people like King to avoid an even worse fate.

People like Peter king want to take the US from being the land of the free and of the First Amendment to being akin to the Spanish Inquisition of 1492, which forced all Muslims in Spain to convert to Christianity or leave the country.

Most propaganda and hate-mongering depends on ignorance. Those interested in the subject might check out the new paperback, revised edition of my book, Engaging the Muslim World