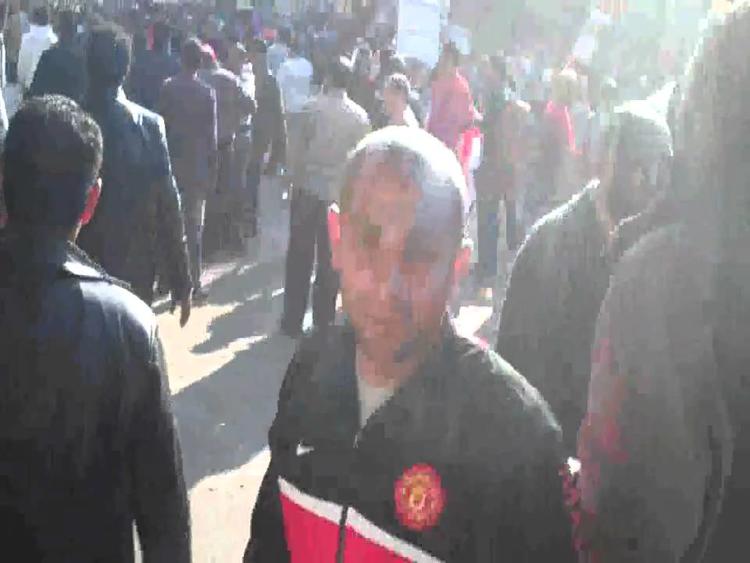 On Wednesday, the Mubarak regime showed its fangs, mounting a massive and violent repressive attack on the peaceful crowds in Tahrir Square in downtown Cairo. People worrying about Egypt becoming like Iran (scroll down) should worry about Egypt already being way too much like Iran as it is. That is, Hillary Clinton and others expressed anxiety in public about increasing militarization of the Iranian regime and use of military and paramilitaries to repress popular protests. But Egypt is far more militarized and now is using exactly the same tactics.

The outlines of Hosni Mubarak’s efforts to maintain regime stability and continuity have now become clear. In response to the mass demonstrations of the past week, he has done the following:

1. Late last week, he first tried to use the uniformed police and secret police to repress the crowds, killing perhaps 200-300 and wounding hundreds.

2. This effort failed to quell the protests, and the police were then withdrawn altogether, leaving the country defenseless before gangs of burglars and other criminal elements (some of which may have been composed of secret police or paid informers). The public dealt with this threat of lawlessness by organizing self-defense neighborhood patrols, and continued to refuse to stop demonstrating.

3. Mubarak appointed military intelligence ogre Omar Suleiman vice president. Suleiman had orchestrated the destruction of the Muslim radical movement of the 1990s, but he clearly was being groomed now as a possible successor to Mubarak and his crowd-control expertise would now be used not against al-Qaeda affiliates but against Egyptian civil society.

4. Mubarak mobilized the army to keep a semblance of order, but failed to convince the regular army officers to intervene against the protesters, with army chief of staff Sami Anan announcing late Monday that he would not order the troops to use force against the demonstrators.

5. When the protests continued Tuesday, Mubarak came on television and announced that he would not run for yet another term and would step down in September. His refusal to step down immediately and his other maneuvers indicated his determination, and probably that of a significant section of the officer corps, to maintain the military dictatorship in Egypt, but to attempt to placate the public with an offer to switch out one dictator for a new one (Omar Suleiman, likely).

6. When this pledge of transition to a new military dictator did not, predictably enough, placate the public either, Mubarak on Wednesday sent several thousand secret police and paid enforcers in civilian clothing into Tahrir Square to attack the protesters with stones, knouts, and molotov cocktails, in hopes of transforming a sympathetic peaceful crowd into a menacing violent mob. This strategy is similar to the one used in summer of 2009 by Ayatollah Ali Khamenei and President Mahmoud Ahmadinejad to raise the cost of protesting in the streets of Tehran, when they sent in basij (volunteer pro-regime militias). Used consistently and brutally, this show of force can raise the cost of urban protesting and gradually thin out the crowds.

Note that this step number 6 required that the army agree to remain neutral and not to actively protect the crowds. The secret police goons were allowed through army checkpoints with their staves, and some even rode through on horses and camels. Aljazeera English’s correspondent suggests that the military was willing to allow the protests to the point where Mubarak would agree to stand down, but the army wants the crowd to accept that concession and go home now.