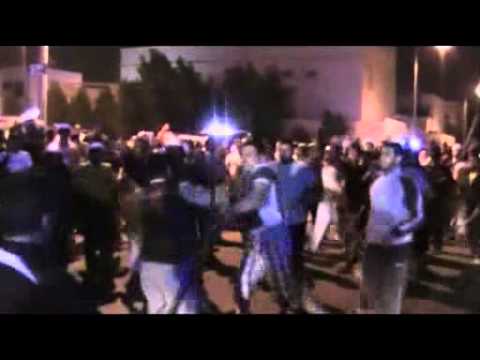 My column at Truthdig is out, entitled “The Sleeping Giants of Tiny Bahrain.”

‘ Risking the radicalization of Bahrain’s Shiite community may be a very bad idea. Worries on that score are what led Vice President Joe Biden to ask again in a phone call Sunday to the king of the island nation for a negotiated settlement between the Sunni monarchy and his repressed Shiite majority. Meanwhile, as Iraqi Shiites demonstrated in favor of their coreligionists in Bahrain, Iraqi Prime Minister Nouri al-Maliki warned somewhat apocalyptically this weekend that Saudi intervention against Bahrain’s Shiites could ignite a “sectarian war” in the Persian Gulf region.

Bahrain’s protest movement, inspired by events in Tunisia and Egypt, began Feb. 14. The Bahraini crowds demanded the resignation of the prime minister, whom they accused of ordering severe and persistent human rights abuses. Khalifa Al Khalifa, the uncle of the king, has held the post since Bahrain became independent of Britain in 1971. The largely Shiite protesters, led by the Wifaq Party, also insisted that the constitution be altered to give more power to the Shiite majority, and that the country become a constitutional monarchy. Three small parties (including al-Haq, which had split from Wifaq), began calling in early March for an outright republic, and of course they frightened the Sunni monarchy and its Saudi backers most of all. ‘

And the same channel’s report, “Tensions Rise over Bahrain ‘Land-Grab’ ”

Consider also the following report translated from Persian by the USG Open Source Center, which indicates the depth of anger in Iran over the use of Saudi and other Sunni troops to repress the largely Shiite Bahran demonstrators:

According to the ISNA news desk, at the end of the government cabinet meeting and in response to a question regarding Saudi Arabia’s military interference in Bahrain’s internal affairs, the Minister of Defense and Armed Forces Logistics, Commander General Ahmad Vahidi, denounced this act and said: “Governments must protect the lives, possessions, and independence of their people and not invite other countries to hurt and kill their own people.” He reiterated: “These kinds of actions increase friction and destroy the region’s stability and security. If these uncalculated and unlawful acts become customary, the region will turn into a center of hostility, conflict, and incendiarism, and the only ones to suffer will be the region’s nations.”

For more on the subject, see “Sunni-Shiite Tension Boils in Iraq, Gulf over Bahrain”