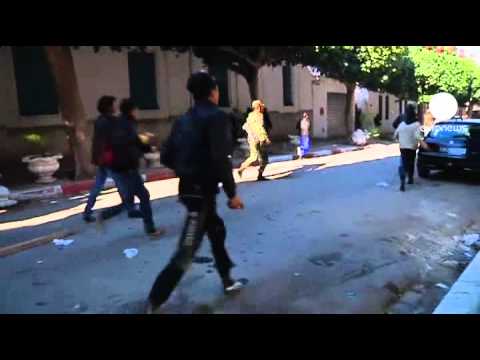 Tunisian Prime Minister Béji Caïd Essebsi announced on Monday the dissolution of the country’s secret police arm. This step toward democracy is the most important taken by any Arab country for decades.

Tunisia’s interim government also abolished the ‘Ministry of Information,’ which had been in charge of censorship, allowing a free press to flourish. Of course censorship, especially habits of self–censorship, does not actually disappear with the stroke of a pen. Employees of state t.v. have struck recently to protest what they consider government censorship of their news reports.

An Arab country with neither secret police nor censorship is unprecedented in recent decades. Tunisia is inspiring similar demands in Egypt and Jordan. When skeptics wonder if the Revolutions of 2011 would really change anything essential in the region, they would be wise to keep an eye on these two developments in Tunisia, which, if consolidated, would represent an epochal transformation of culture and politics.

In the United States, the fourth amendment had been intended to prevent unreasonable and arbitrary domestic surveillance of Americans. It says,

‘The right of the people to be secure in their persons, houses, papers, and effects, against unreasonable searches and seizures, shall not be violated, and no warrants shall issue, but upon probable cause, supported by oath or affirmation, and particularly describing the place to be searched, and the persons or things to be seized.’

Not only were people not to be spied upon by the government without a warrant, but warrants were not to be issued without probable cause.

Arguably, Tunisians are now freer than Americans. The US government thinks our private emails are actually public. The FBI and NSA routinely read our email and they and other branches of the US government issue security letters in the place of warrants allowing them to tap phones and monitor whom we call, and even to call up our library records and conduct searches of our homes without telling us about it. Millions of telephone records were turned over to George W. Bush by our weaselly telecom companies. Courts allow government agents to sneak onto our property and put GPS tracking devices under our automobiles without so much as a warrant or even probable cause. Mr. Obama thinks this way of proceeding is a dandy idea.

The Fourth Amendment is on the verge of vanishing, and this attack on the Constitution is being abetted by pusillanimous and corrupt judges and fascistic elements in our national security apparatus. Freedom of peaceable assembly is also being whittled away in the United States of America via devices such as ‘free speech zones;’ the founding generation intended that the whole of the United States be a free speech zone. Many of the protests in the Middle East being cheered on by Americans would be illegal in this country.

Few among the public even seem to care about these assaults on our liberties here. At least the youth of the Middle East can generate a little passion over censorship and unreasonable surveillance. Makes an old Madisonian tear up a little.