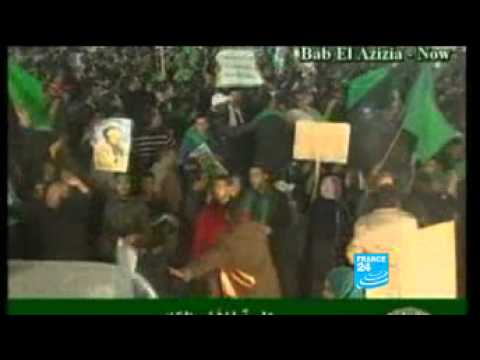 1. The participation of the Muslim world in the United Nations no-fly zone over Libya has been underlined. The measure was called for by the Arab League, which has not in fact changed its mind about its desirability. Qatar is expected to be flying missions over Libya by this weekend. Other Arab League countries will give logistical support.

2. Turkey, which feels that the air mission has gone too far, has nevertheless agreed to use its navy to help enforce the boycott on the Qaddafi regime. Turkey, a largely Muslim country of 72 million, has also called on Qaddafi to step down. A general NATO naval blockade of weapons shipments to the Qaddafi regime has begun.

3. Qaddafi’s air force, which had been terrorizing the members of the democracy movement by bombing civilian cities, effectively “no longer exists.” France24 reported:

4. Tobruk is no longer in danger of being attacked and its inhabitants massacred. On March 15, this eastern city of 120,000 not far from Egypt, with its major petroleum depot, was in danger of being taken by the forces of Muammar Qaddafi, supported by his air force. There is a good metalled road from Ajdabiya to Tobruk, which Qaddafi’s forces were using. Under ordinary circumstances, Tobruk is a place from which petroleum is exported across the Mediterranean.

5. Benghazi, the stronghold of the Libyan freedom movement, has been saved from being bombarded and conquered by pro-Qaddafi armor and air force. For a refresher on what kind of danger Benghazi, pop. 700,000, was in only a week ago, , look again at this Aljazeera English video and reread this report.

6. Misrata, Libya’s third-largest city with a population of 670,000, was given a brief reprieve Wednesday afternoon when United Nations allies bombed pro-Qaddafi tank positions and the aviation academy outside the city. At night, the surviving tanks crept into the city and bombarded its center, including a hospital with 400 patients in it! All through Wednesday, pro-Qaddafi snipers took a toll on pedestrians in the downtown area. Still, the cessation of the bombardment for many hours benefited the city, which could easily have seen many times the 16 dead killed by Qaddafi’s thugs. The bombardment had ceased again early Thursday morning.

7. The no-fly zone allowed an aid ship to land at Misrata with medicines. Misrata is suffering from a lack of water, electricity and services, not to mention medicine!

8. Zintan, the desert city southwest of Tripoli, also gained a brief respite when allied planes struck near the city and forced the pro-Qaddafi tank brigades investing the city to withdraw for a few hours. The tanks attacked again late Wednesday. Some 6 were killed Wednesday instead of the bigger massacre that could have come with a victory for the pro-Qaddafi forces.

9. Instead of being a base for attacks on Tobruk and Benghazi as it was only a week ago, the major oil city of Ajdabiya has been turned into an arena of contest between the freedom movement amateur fighters and the rump pro-Qaddafi armored brigades. While pundits in the US are asking why Ajdabiya hasn’t already fallen (the Libyan army has tanks, the rebels have old rifles), the real question is how long the pro-Qaddafi forces can hold out if a no-drive zone is enforced against them by the UN allies. Ajdabiya is strategically important as the cross-roads of routes leading to some 6 major cities, but it is also a major oil city. Possession of it would much strengthen the liberation movement.

10. Now that Benghazi is not being aerially bombed nor besieged by tanks and heavy artillery, the liberation movement’s leadership has been able to meet and announce a transitional governing council, in a bid to get more organized. I saw the press conference on Aljazeera Arabic. They underlined that it is not a declaration of a government and it is not separatist. Tripoli, they insist, is the capital of Libya.

The liberation movement at the moment likely controls about half of Libya’s population, as long as Misrata and Zintan do not fall. It also likely controls about half of the petroleum facilities. If Benghazi can retake Brega and Ra’s Lanouf and Zawiya, Qaddafi soon won’t have gasoline for his tanks or money to pay his mercenaries. Pundits who want this whole thing to be over with in 7 days are being frankly silly. Those who worry about it going on forever are being unrealistic. Those who forget or cannot see the humanitarian achievements already accomplished are being willfully blind.