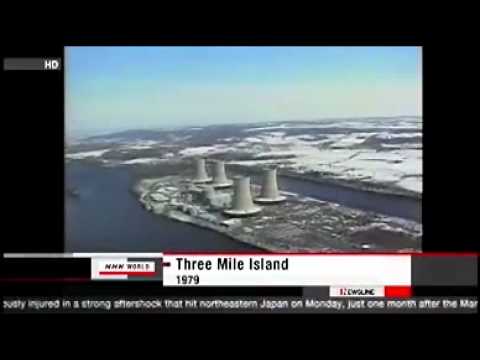 It’s official. The Fukushima nuclear core failure is now more like what happened in Chernobyl than what happened a Three Mile Island, and is being declared a Level 7 nuclear emergency– one that has wide effects on human health.

I was in London during Chernobyl, and I remember them telling us that children or pregnant women or women trying to get pregnant couldn’t drink milk or eat lettuce, and now the same warnings are being given out by an NGO in France, with an announcement that the radiation risk for Europeans from Fukushima is “no longer negligible.”

Here is a news report on the situation:

Another big aftershock hit Japan on Monday, further delaying work at the plant.

German t.v. reports that a leaked memo from TEPCO partner AREVA suggests very substantial release of plutonium from the plant.

I really like Japan, and am devastated by what they are living through; why should one people have to suffer so much from atomics?

I hope that the tragedy at least impels a big new push for green energy and billions in research and development money toward that end. Only if we have new breakthroughs in solar, wind, wave, batteries, etc., will all this suffering have been redeemed a bit.