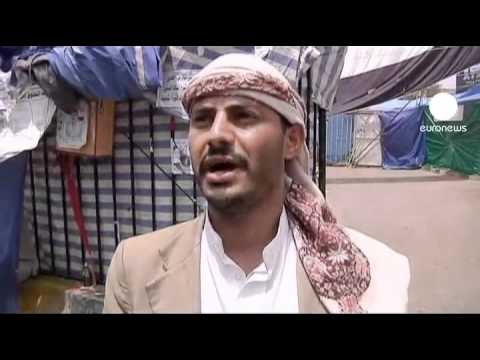 With the horrid crackdowns on dissent in Syria and Bahrain and the vicious shelling by Qaddafi brigades of the port of Misrata in Libya on Tuesday, it would be easy to concentrate solely on the negative news. But the Arab Spring is still producing some positive reforms and questioning of past corrupt practices, and even major governmental change. Tuesday’s positive developments:

1. Yemeni opposition leaders and dictator Ali Abdullah Saleh will meet in Riyadh on Monday to sign an agreement stipulating that Saleh will step down within 30 days and there will be a peaceful transfer of power, with Saleh and those close to him granted amnesty. The compromise was negotiated by the Gulf Cooperation Council, which comprises 6 Gulf nations, most of which have oil or natural gas riches. Yemenis hope that the deal will calm down the tense situation in the country, which has seen big demonstrations and sometimes vicious repression. The government intervened on Tuesday against a big demonstration in Taizz on Tuesday, with 1 killed and 12 wounded in the ensuing altercation.

2. One reason for Saleh’s sudden flexibility may be that many Yemeni troops have been joining the protest movement. Euronews has a video report:

3. A decision in the case against former Egyptian Interior Minister (head of the secret police) for ordering the killing of hundreds of protesters in February will be rendered in late May. It is incredible that high officials in Egypt may be held accountable for their actions virtually for the first time in decades.

4. Egyptian prosecutors are investigating whether President Hosni Mubarak agreed to a 20-year deal to provide natural gas to Israel at a low fixed price because he received kickbacks. The gas pipeline was attacked early on Wednesday, possibly by Sinai Bedouin who are protesting their neglect at the hands of the government.

5. The Moroccan government has given public sector workers a substantial pay raise and will reduce interest rates for loans held by farmers. This, in the wake of demonstrations by thousands of people in several cities on Sunday, the third day of major protests since February. Protesters also want constitutional reforms, including an independent judiciary and a more democratic system of governance than the hands-on monarchy they now have.

6. King Abdallah II of Jordan has created a commission to suggest amendments to the Jordanian constitution. Protesters in Jordan want an elected prime minister rather than an appointed one, and a stronger parliament (and hence less powerful monarchy). Initially, there is pessimism that the reforms will amount to much, but once the principle that there should be reforms is accepted by the elite, it may be possible for the people to push them further than is now envisaged.

7. Turkey, which has moved toward more popular participation in politics and an opening up of its system in a more democratic direction in the past decade, is attempting to intervene with Syrian President Bashar al-Asad to restrain the use of violence against protesters. Turkey’s trade with Syria has mushroomed since relations were repaired in 2002, but the turn in Damascus toward an authoritarian crackdown has threatened to attract international sanctions on Syria and could throw a monkey wrench into Turkish hopes for a prosperous free trade zone with the Arab Levant. Turkey’s pressure for a lighter touch and more compromise helps offset an Iranian push to prop up the Baathist regime at all costs, since it is Tehran’s avenue of influence in the Levant, through which money and arms are transshipped to Hizbullah in Lebanon and Hamas in Gaza.

8. Tunisians continue to take steps toward greater press freedom in the wake of the fall of the Ben Ali dictatorship.

9. Iraqis in Mosul continue to protest regularly by the thousands against any plan to keep US troops in Iraq past this December. They accuse Prime Minister Nuri al-Maliki of ordering troops to use live ammunition against the rallies, in which two persons have been killed and dozens wounded since Sunday. Al-Maliki himself appears to be leaning against trying to amend the Status of Forces Agreement that stipulates a US departure by the end of this year, precisely because he is feeling pressure from the Iraqi people both in the Sunni center-north and in the Shiite south (where Muqtada al-Sadr and his movement have agitated against an extended US presence; al-Maliki depends on an alliance of convenience with al-Sadr to remain prime minister).

10. In Oman, Sultan Qaboos has acquiesced in protesters’ demands that he release nearly 300 dissidents arrested since the Arab Spring protests began in Oman a couple of months ago.