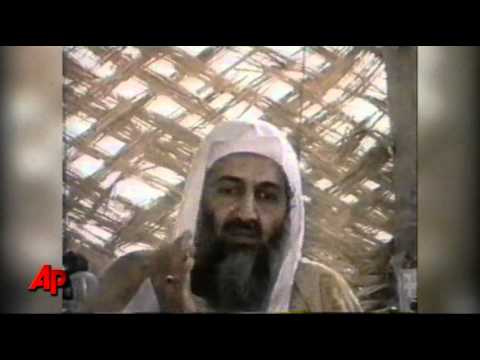 Kimberly Dozier of the Associated Press got the scoop. USG analysts going through the material captured at Usamah Bin Laden’s residence in Abbotabad described to her some of what they were finding.

The biggest surprise was that Bin Laden was still an operational figure. He was in touch, for instance, with the leaders of al-Qaeda in the Arabian Peninsula (AQAP) in south Yemen. (The Bin Ladens are from south Yemen, though Usamah was brought up in Saudi Arabia). AQAP used PETN explosives and an ass-bomber in an attempt to assassinate deputy Interior Minister Muhammad Bin Nayef. It has blown up things in Yemen, and was behind the crotch-bomber plot against a Detroit-bound airliner on Christmas Day, 2009. Bin Laden likes major holidays as dates for operations. Dozier says there is so far no proof for it, but you have to wonder how much of this AQAP mayhem he was personally behind. On the other hand, she points out that AQAP often does smaller terrorist operations of a sort that Bin Laden discouraged. (In my view one of the reasons Bin Laden never pulled off anything big after 9/11 was that he was so insistent on killing thousands, which is almost impossible once the government knows you are trying to do it.)

Bin Laden plotted to weaken the US by finding ways of setting American politicians against one another. Really? For that he gave up the cushy life of a construction billionaire? He thought he needed to make a special effort to divide American politicians? Didn’t he ever stop watching himself on satellite t.v.long enough to get a glimpse of Newt Gingrich, who accuses everyone he doesn’t agree with of being Nazis or… al-Qaeda?

If Bin Laden wanted to create warfare among America’s political class, and wanted to divide the nation on the basis of race, then all those veiled-racist attacks we’ve seen on President Obama are from the al-Qaeda playbook. Can the smearers be shamed by pointing this out? Probably not.

But now every time a politician in Washington eviscerates an opponent from the other party, we can all say in unison, “Whenever you demonize another American, the terrorists win.” Especially another American of a different race.

Bin Laden wondered how many thousands of Americans he would have to kill to make the US withdraw from the Middle East.

Bin Laden was a man obsessed and clearly to my mind somewhat unbalanced. If he really did wonder about this issue, it shows how large his neurotic blinders were. Attacking the world’s sole superpower from the Middle East won’t make it withdraw! It will make it assert itself all the more in the region, so as to forestall any threat from it. The US actually had relatively little to do with places like Yemen or Afghanistan before Bin Laden began baiting Washington. It is al-Qaeda that has drawn America into these places. Bin Ladenism on every level achieves the opposite of the goals it is trying for.

ABC News stresses Bin Laden’s strategy of choosing members of racial minorities to undertake attacks, in hopes of fostering race war in the US and weakening American society.