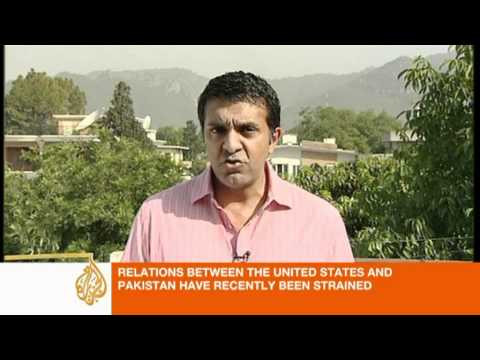 One of the reasons for which Pakistan’s military is so incensed about the unannounced US raid into Pakistan territory is that they are afraid the operation might form a precedent that could be exploited by India. Indeed, Pakistani generals thought that the SEALs were an Indian special ops team that had inserted itself at Abbottabad. The military has warned India against undertaking any such adventures.

Indian chief of staff VK Singh provoked a small crisis when he maintained that India had the capability to go in after Lashkar-e Tayyiba figures.

India is spoiling to kill or capture the leadership in Pakistani Punjab of the Lashkar-e Tayyiba or Righteous Army, the terrorist group that was behind the destruction at Mumbai in late 2008. A raid like the American one might be a way for New Delhi to bring the LeT leadership to justice.

Captured documents from Bin Laden’s compound show that al-Qaeda was engaged in some thinking about hitting Western rail lines on the tenth anniversary of 9/11. These plans were not operational, but given what happened in Madrid, are still scary.

It turns out that the US military has to share the humiliation of Bin Laden’s having been right under their noses in Abbotabad. State Department cables revealed by Wikileaks confirm that there were 100 US military trainers at the Pakistan Military Academy in Abbotabad sometime in or after 2008. This large US presence just around the corner from “Waziristan House” where Bin Laden was staying, raises questions about whether the Pakistani military necessarily could have known about Bin Laden’s presence in Abbottabad. They US trainers did not.

There are persistent reports of intercepted al-Qaeda phone calls as part of the story.

He says that the caller will deactivate the SIM after every call he made to Saudi Arabia and thus he activated and deactivated his SIM at least six times over the following nine months. Sethi says: “The last call the SIM was used for was made from Usama Bin Ladin’s compound. The ISI was constantly providing the record of conversations to the CIA during that whereas and it was this intelligence sharing that led the CIA to Usama Bin Ladin’s compound in Abbottabad.

Now the question is that if ISI is deliberately trying to protect Usama Bin Ladin, why it has shared this information with the United States.” ‘