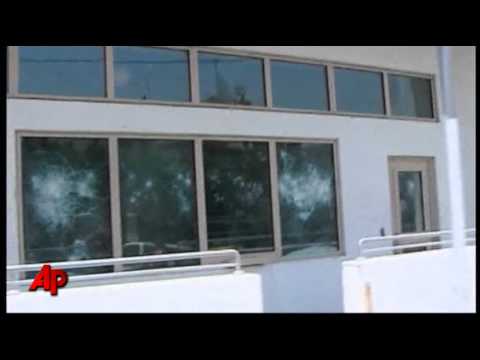 The mob attacks on the US and French embassies by ‘pro-regime elements’ in Damascus on Monday provoked a heated response from Secretary of State Hillary Clinton, who said that President Bashar al-Asad had now “lost legitimacy” by neglecting to live up to his obligations in international law to protect foreign diplomats. She warned him that Washington does not consider al-Asad “indispensable.”

The US has ratcheted up financial sanctions on the Syrian elite, some members of which have seen bank accounts in Switzerland and elsewhere frozen, and has repeatedly called for al-Asad to meet his people’s demand to democratize.

Any background analysis must begin with the plain fact that the US overthrow of Saddam Hussein failed to produce an Iraq more favorable to Israel (indeed, the Shiite minions of cleric Muqtada al-Sadr are substantially more anti-Israel than had been Saddam). The general view in the Middle East had been that this failure convinced the Israeli security establishment that the al-Asad regime is preferable to a Sunni fundamentalist one. The latter is widely thought likely to come to power if al-Asad falls, though of course that prediction is speculative. Al-Hayat even ran a story to this effect in 2004 as I remember.

Al-Asad may have therefore concluded that while the US is making noises critical of his authoritarianism, ultimately Washington actually wants him around and will therefore take a lot of guff from him with no real practical consequences.

Clinton seemed to be warning al-Asad not to rely too much on US fear of the Muslim Brotherhood, and she signalled that Washington is increasingly complaisant about the possibility that the Baath will fall from power. Her remarks on Monday are the strongest ones yet directed at Damascus since the Obama administration came into power determined to improve relations with Syria (that is why there is a US ambassador in Damascus to attack– the Bush administration used to like to pretend that Syria did not actually exist).

The attacks themselves raised many questions. First, it seems likely that the regime itself put the crowds up to the attacks, since very little happens in Damascus that the Baath Party does not want to happen. This thesis is supported by the poor police response (to say the least) and the consequent need of US and French embassy troops to defend their buildings. The French fought off the attackers, but mobs got through for a while into the US embassy and ransacked it before being driven off by the Marines. They also made an attempt to reach the residency of the US ambassador, according to al-Hayat writing in Arabic.

The attacks protested the visits on Saturday to Hama by US Ambassador Robert S. Ford and his French counterpart Eric Chevallier, which may well have given the inhabitants a reprieve from a harsh Syrian crackdown in response to the estimated 300,000 who demonstrated there on Friday. Syrian President Bashar al- Asad fired the governor of Hama for having urged the regime to approach the city with a light touch, given the regime’s massacre there of some 10,000 residents in 1982, accusing them of fomenting a Muslim fundamentalist uprising.

Even before the embassy attacks, according to an earlier report in al-Hayat, crowds had been pelting the embassy with tomatoes and eggs over the weekend. The regime had spread a rumor that Ambassador Ford had been recalled by Washington because of his Hama visit, which Syria decried as an infringement against Syrian sovereignty and interference in local affairs. The US State Department denied the rumor.

AP has raw video of the attack

Euronews has a report