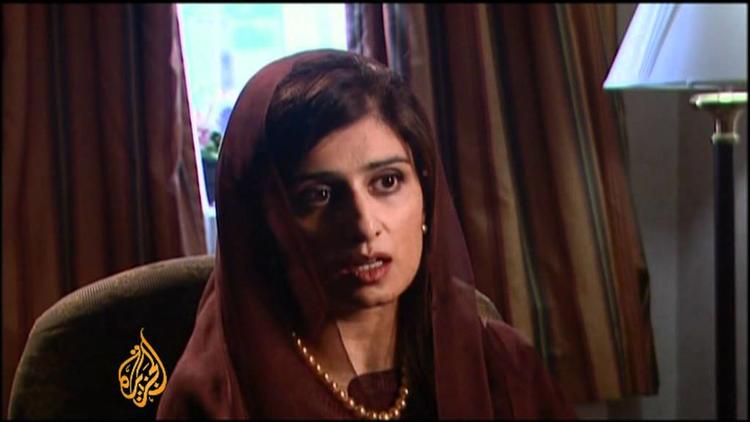 Sen. Lindsey Graham, a major proponent of the idea of a US perpetual war, now wants conflict with Pakistan. He told Fox News Sunday,

“The sovereign nation of Pakistan is engaging in hostile acts against the United States and our ally Afghanistan that must cease. I will leave it up to the experts, but if the experts believe that we need to elevate our response, they will have a lot of bipartisan support on Capitol Hill…”

The comment came after the Chairman of the Joint Chiefs of Staff accused the Pakistani Inter-Services Intelligence of backing the Haqqani Network, which in turn is accused of having attacked the US embassy in Kabul.

Here are some problems with Graham’s startling suggestion.

The US does not have a prayer of succeeding in Afghanistan without a Pakistani partner. Pakistan is a complex place, and its civilian politicians have a different agenda than its conventional army, which in turn has a different agenda from the Inter-Services Intelligence (ISI). Even within the ISI, there appear to be secret rogue cells. Some ISI officers appear to be hooked up with the Haqqani Network and with terrorist organizations such as the Lashkar-i Tayyiba. But Pakistan has lost thousands of troops fighting the more militant Afghan and Pakistani-Pashtun fundamentalist groups, and it is not a task the US could take on by itself.

Pakistan is a nuclear state. The United States has never fought a major military engagement with a nuclear-armed country, and it would be unwise to begin now. Would you really want to take the risk that they might feel cornered and find a way to deliver a warhead against an American target? In the Cold War, the nuclear standoff was called ‘Mutual Assured Destruction’ (MAD). There is no reason to think that such considerations have lapsed or do not obtain when the US is facing a state with a smaller nuclear arsenal.

Pakistan is a close ally of China as well as trying to keep an alliance with the US. Graham’s sort of talk will have the effect of pushing Islamabad further into the arms of Beijing. China is unlikely to stand idly by as one of its major geopolitical assets in its contest with India is taken out by the United States. That is, US-Pakistan war would very likely become US-China war.

Pakistan has a regular army of 610,000 men, and can call up about 500,000 reserves if it needs to. Some 15,000 Taliban in Afghanistan have been pinning down tens of thousands of US troops, so what would happen if they faced over a million?

Pakistan’s population is at least 170 million. The US was defeated by an Iraqi insurgency in a small country of 25 million; imagine how a country 7 times more populous could tie it down.

Lindsey’s way of speaking shows how wars benefit hawks and beget more wars. He is reluctant to see the US withdraw from Iraq because, he says, Iraq might then fall into the hands of Iran. But Iraq was a bulwark against Iran in 2002 and was only made open to Iranian influence by the unprovoked US aggression against Baghdad in the first place.

So now Iraq has been devastated and made supine and the US has to be on a war footing with Iran in order to “protect” Iraq from the latter. But Iraq’s Shiite government likes Iran and doesn’t see it as a threat, so Graham would be “protecting” Iraq against the will of Iraqis. Moreover, Graham doesn’t seem to think he needs to ask the Iraqi parliament whether it will permit any US troops to remain in Iraq at all.

Graham keeps trying to find a pretext for the next war, dismayed at the prospect of the US slipping into peace. He had tried to get up a war against Iran, but hasn’t had any takers.

Just as Graham wants to keep a division in Iraq because of Iran, he wants permanent bases in Afghanistan. And now he is looking for a fight with Pakistan, representing himself as “protecting” the US-installed Afghan government from Islamabad. But most Pashtuns would choose Pakistan over Graham any day of the week.

Pakistan’s alliance with the US is a marriage of convenience. Pakistan wants to see some groups, such as the Old Taliban and the Hikmatyar Hizb-i Islami, much weakened. But cells within the Inter-Serices Intelligence appear determined to retain the Haqqani Network, based in North Waziristan, as a means of projecting authority into Afghanistan. That emphasis makes Pakistan both an ally to the US in fighting some Taliban, but makes it only a partial ally, since it has its own reasons to use some of those Taliban to project its own authority and prepare for the peace after the US leaves. This difficult kind of alliance is nothing new in US history. Abruptly turning on such a complex ally and starting yet another war is madness.