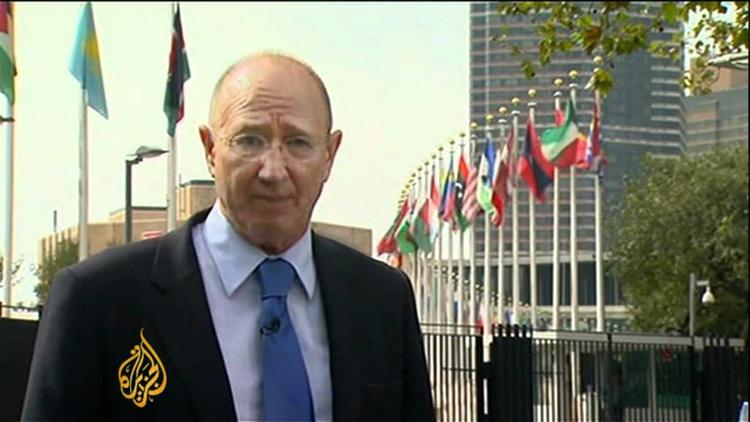 President Mahmoud Abbas of the Palestine Authority will give a major speech on Friday at the United Nations in conjunction with his planned request to the UN Security Council that Palestine be admitted as a member state to the United Nations. If 9 of 15 current UNSC members vote for the measure, Abbas can take it to the General Assembly, where he may well have the votes to succeed. In the end, the US will veto the move. But the Palestinians will have won a great symbolic victory.

French President Nicolas Sarkozy has given the Palestinians a Plan B by proposing that they seek observer state status via the UN General Assembly, which can vote it by a majority rather than two-thirds. The Vatican is currently the only observer state. This status would give Palestine standing with the International Criminal Court in the Hague, should the Palestinians feel that a lawsuit might advance their cause. But Sarkozy and other European leaders are discouraging the Palestinians from this recourse to international courts, saying they should restart negotiations with Israel instead, this time without any preconditions. Sarkozy presented a timetable for negotiations that envisages a Palestinian state by late 2012. The Israelis flatly rejected the Sarkozy compromise late on Thursday.

In anticipation that Abbas’s speech will help provoke big Palestinian protests in the Occupied Territories, the Israelis are deploying an extra 22,000 police in the streets. They are also forbidding men less than 50 years old from traveling to the Dome of the Rock or praying at its mosque at Jerusalem. Abbas has not, however, called for violence.

In fact, whether it succeeds or not, this sort of diplomatic push on the part of the Palestinians is salutary precisely because it reworks conflict as politics and international negotiation.