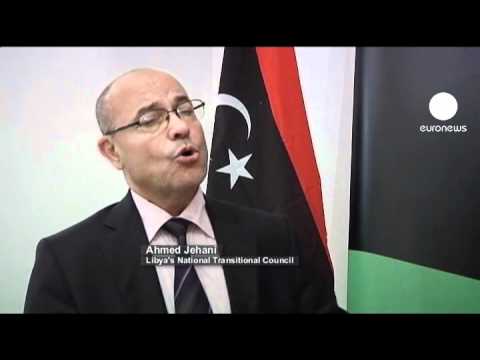 A NATO official has told Agence France Presse that it is the “firm view” of NATO member states that they reject the idea of sending any ground troops to Libya. And, they want the UN to authorize any extension of the no-fly zone.

Gee, it doesn’t sound to me as though NATO is the kind of grasping, occupying imperialist power it has been painted by opponents of the UN intervention.

The Friends of Libya are meeting to consider how best to help Libya move forward under the new government. Head of the Transitional National Council Mustafa Abdel Jalil will address the gathering, which includes Russia and China along with Western leaders that were more supportive of the revolution.

China is now moving vigorously to seek a position in post-Qaddafi Libya, even though it was lukewarm about the UN intervention against the former dictator.

The new government says it will honor all legal contracts entered into by the previous regime, which appears to be meant to reassure China and Russia about their investments in the country.

Critics of the Libyan revolution keep intimating that there is something sordid or crooked about business being done in that country by the US and Western Europe, but the eagerness of China to do business there is never mentioned.

Likewise, among the potentially big winners economically in Libya is South Korea, which is attending the “Friends” meeting, and which is planning many deals with the new Libyan government. Trade is generally a good thing and it would be weird if a major world economy did not want to trade with Libya; not everything is a conspiracy.

France is seeking permission to help the new government by turning over to it frozen assets of the Qaddafi regime in that country.. Britain and the US have already been given a green light by the UN Security Council and Britain flew out cash on Wednesday.

The conference will also discuss European Union training for Libyan police and army, as well as help with the judiciary system, education and financial management.

Nicolas Sarkozy, of all people, is trying to put to rest the controversy over Abdelhakim Belhadj, the head of Tripoli’s military council. Belhadj rings alarm bells because of his past association with the Libyan Islamic Fighting Group, which fought the Soviets in Afghanistan and later on fought in Iraq and again in Afghanistan. In other words, they had been among Ronald Reagan’s “Freedom Fighters.” Belhadj was captured by the CIA and reportedly turned against terrorism while imprisoned. The CIA helpfully released him to Qaddafi, which is surely a crime of some sort (civilized countries do not send even enemy prisoners to countries where they might be killed or tortured by the government on arrival).

Sarkozy has been anything but nice to French Muslims (who mostly voted for a Socialist woman in the last election precisely because Sarkozy he was the alternative), and he has been accused of legitimating the racist anti-Muslim discourse of Marie LePen. So if Sarkozy is vouching for Belhadj, then I’d bet that Belhadj is not a danger to the West.

And, of course, the members of the Transitional National Council, the leadership of the new Libya, have been carefully vetted by the US, Britain and France.

Qaddafi and his supporters continually beat the drumbeat of participation by LIFG in the uprising, characterizing the rebels generally as “al-Qaeda.” But since it was a broadly-based uprising encompassing virtually all sectors of society, it would be strange if hard line Muslim groups weren’t part of it– virtually everyone else was. The question is what proportion do radicals constitute of the rebels. The answer as far as I can see is “tiny.” And if it is true that Belhadj has had a major change of heart, then it is even tinier, since he is the one most often instanced by the “al-Qaeda taking over Libya” crowd.

There is a lot of Orientalism in these charges. Muslims, especially practicing ones, are under the sign of danger in the Western press in a way that Hindus and Buddhists are not (nor should any of them be). But Buddhist terrorist groups such as Om Shinrikyo (which sent poison gas into the Tokyo subway) and Hindu ones such as elements of the RSS and others, are never made to stand in for all their coreligionists the way radicalism is made to stand in for Islam.

A corollary is that radical Muslims are viewed in a static way unless they are authorized by Western authorities as “changed.” Thus, it is well known that Hamid Karzai had a six-month political deal with the Taliban in the late 1990s, and that Masoud Barzani briefly allied with Saddam Hussein against a rival Kurdish faction around the same time. Yet nowadays both are feted as strong allies of the US, one the president of Afghanistan and the other the president of the Kurdistan Regional Government in Iraq. It is unclear in what way Belhadj would be different from them if he in fact gave up radical violence toward the West. But from the point of view of the Neo-Orientalists, one rebel leader who used to be a radical can be used to discredit the whole movement, and no allowance can be made for the way in which former radicals often change.

It is worth noting that most of the leadership of the Egyptian al-Gamaa al-Islamiya, formerly led by the Blind Sheikh Omar Abdelrahman, has renounced violence across the board and the movement is preparing to participate in the upcoming parliamentary elections in Egypt. People and movements change. So the attempt to tar the entire Libyan revolution with the brush of Belhadj is just propaganda, which we’ve seen a lot of surrounding the Libyan uprising. (This is because so many groups, from the Trotskyites to most of the Russian and Chinese publics and press outlets, supported Qaddafi, whether explicitly or latently.)

Propaganda is best combatted by coolly asking precisely the sort of questions I raised above, about proportionality and change over time. Propaganda is about unchanging essences and irrational appeal to emotions.