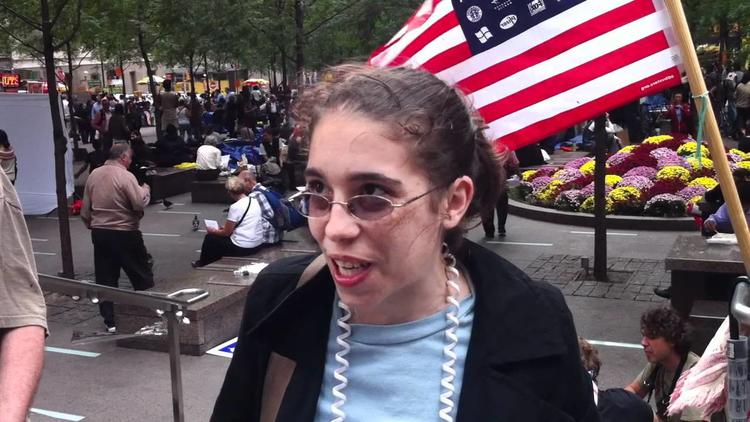 I spent the summer going to rallies and demonstrations in Tunisia and Egypt, and was even in Barcelona during their protest.

I was in New York city to give at talk at NYU on Wednesday, and I wanted to follow up on the impact of this year of protests on the US. So I went to see the folks at Occupywallstreet.org. in Liberty Square (i.e. Tahrir Square). They are inspired by the Egyptian and Spanish protests this past summer. It was hard to walk there from Wall Street because there were police barricades around all the buildings and you had to make detours. The easier way would have been just to go on Broadway. There were probably three hundred people there, some visiting, some camping out (it is not a big square, and was pretty packed). Some say that last Saturday, several thousand people rallied in the vicinity, so the numbers clearly fluctuate enormously. 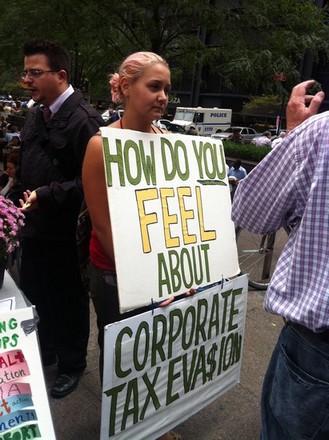 I asked them what they wanted, and they admitted that probably everyone there wanted something different. It isn’t an organization. But they said one thing they wanted was a voice, so they could be heard. They wanted to know why the corporations and the top 1% of American income earners are represented in Congress, but they are not. I asked them whether changing all that would not require campaign finance reform, and pointed out that the Supreme Court had made the latter almost impossible by defining giving money to politicians as a form of protected speech. They said, that’s bullshit, man. Money is not speech. They said that anyway first they had to gain a voice, and then they could discuss concrete reforms.

But not everyone there was anti-business. One woman had a sign saying that she liked business and she liked freedom and she wanted to find a way to combine the two. I was told that the square was visited by a man who said he had been worth $120 million, but had been victimized by some sort of shorting scheme. He was angry and bitter, convinced that the game he once played so successfully was ultimately rigged. Has that really changed since 2008? 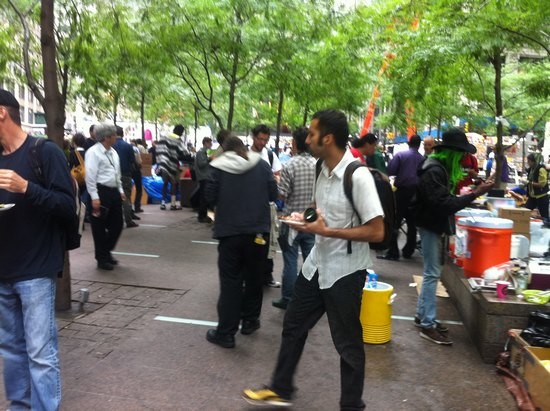 They were generally in agreement that the top 1% of income earners had benefited unfairly in the past couple of decades from tax cuts and government favors, and maintained that the rest of Americans– the 99% or almost everyone — had been deeply harmed by corporate corruption and sharp practices of the sort that produced the 2008 downturn. They said many of them had friends who had lost jobs or homes or both. 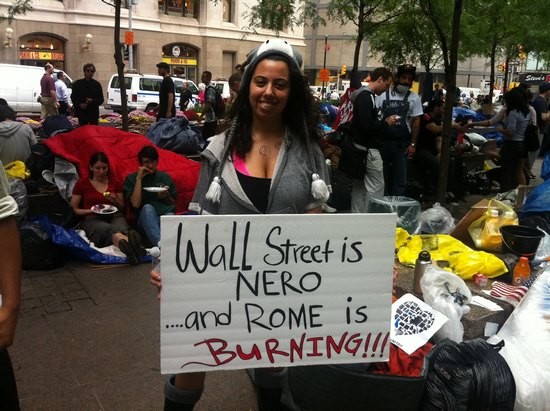 At 2 pm they had a general assembly. This meeting is a form of housekeeping for the protesters camping out. The city won’t let them use microphones, so they speaker has to shout. To make sure the message gets across, others repeat each sentence. I heard this practice described on NPR as a bit strange, but they appear not to have known that it is an innovation in response to the prohibition on using a mike. Interestingly, in medieval madrasahs or seminaries in the Muslim world, the same practice was deployed, of groups repeating what the speaker said so that they message reached the back of a large class.

At one point the speaker mentioned that the protesters needed specific goods (they are trying to serve meals in the square). They also have practical problems like where to use the bathroom or shower. I don’t know if there is a reliable way to get them donations or find ways for friendly local small businesses to help them with these issues.

They are eager for people to visit them, join them and support them. Susan Sarandon and Michael Moore have been by, which has helped. But given the largely unprosecuted crimes committed by some financiers on Wall Street and given the way in which millions of Americans have been harmed by the deregulation of finance and by sheer criminality, it is amazing that more such protests, and larger ones, have not been staged. 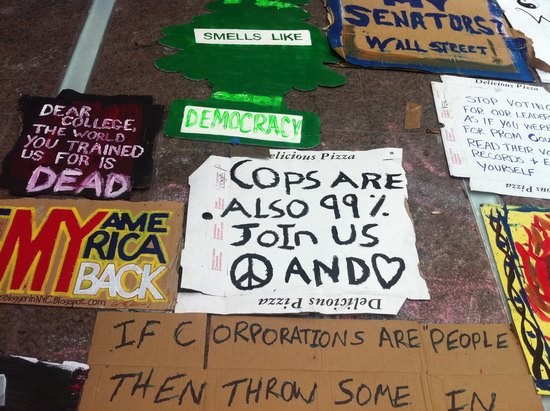 Last Saturday the New York police tried to crack down on the protest, though it is hard to see on what grounds, since the right of peaceable assembly is in the US constitution. Notoriously, one officer is alleged to have used pepper spray on a peaceful protester, and it is now emerging that there were more such incidents. See “Why I was maced at the Wall Street Protests.”

The pepper spray and other incidents brought more protesters out, and the way video experiences circulated to create sentiments of sympathy is apparent in this account by Nicki Angelo of the impact watching one such short film on youtube had on her:

The protest movement is explicitly transnational and takes inspiration from Egypt and Tunisia. Unsurprisingly, the Green Movement of Iran, which was crushed in 2009, was represented: 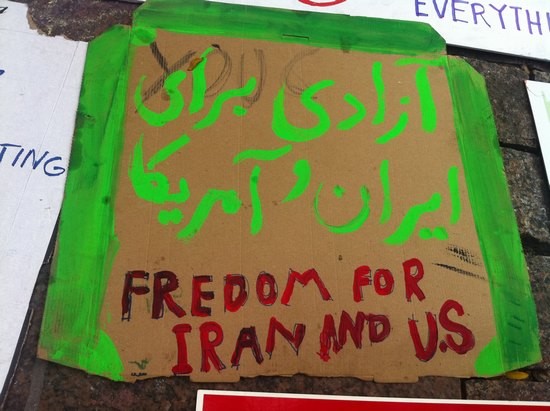 The protesters are a diverse bunch. There were lots of young people, and while I was there a group of them started playing guitars and singing progressive Beatles’ songs (A Hard Day’s Night, with its lyrics about hard work, and John Lennon’s “Imagine.”)

But an older folk singing duo, Ed and Robin Mahonen, who had composed an anthem in honor of the protests (Let’em Eat Cake) were also there, Ed with his banjo. (Robin’s facebook page is here. 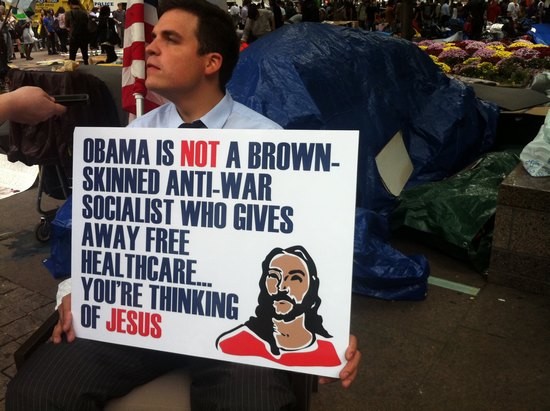 Now that a massive political movement to elect Barack Obama as a way of fixing the abuses of the Bush era has largely failed, with Obama coddling Wall Street, unwilling to prosecute the crimes of his predecessors, and taking disappointing positions on our civil liberties and on domestic surveillance, it is hard to see where we can go but to the streets. In a two-party system, which is highly undemocratic, those dissatisfied with an incumbent really only have one alternative, which makes people move to the right when they might actually want to move further to the left.

Moreover, my own question to the protester about how you could get around a Supreme Court that is in the back pocket of the rich and which has defined the buying of our politicians by the 1 percent as “protected free speech” does not have an easy answer. Maybe we should make opposition to this interpretation a litmus test for confirmation, the way the Right has in a coded way tried to get Roe V. Wade overturned over time.

But likely you’d have to go outside the Establishment system to get this change, and non-violent mass protest may be the only way to make our dissatisfaction with our Corporatocracy known effectively. 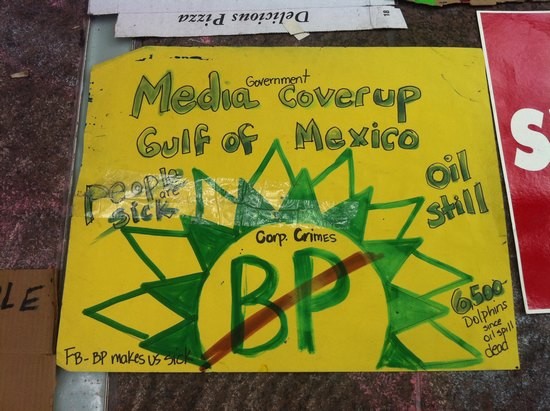 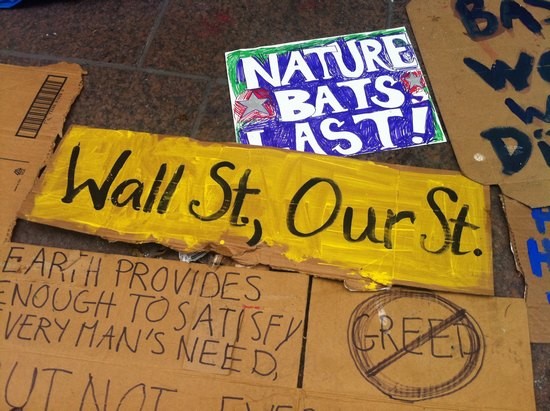 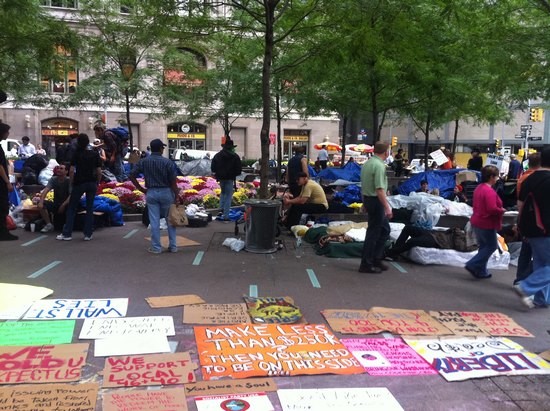 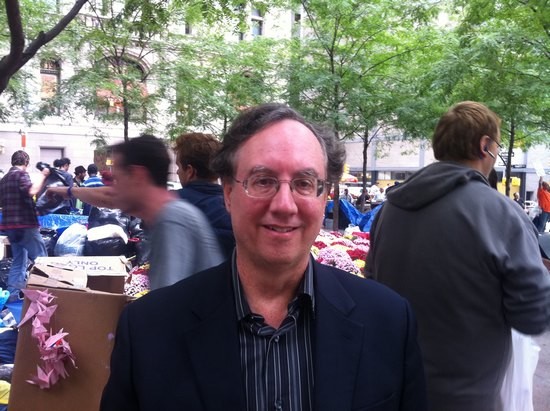 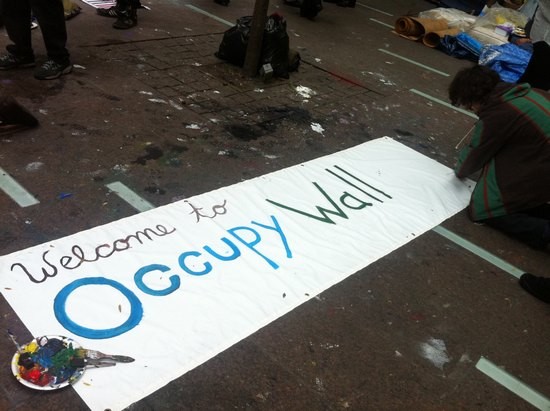 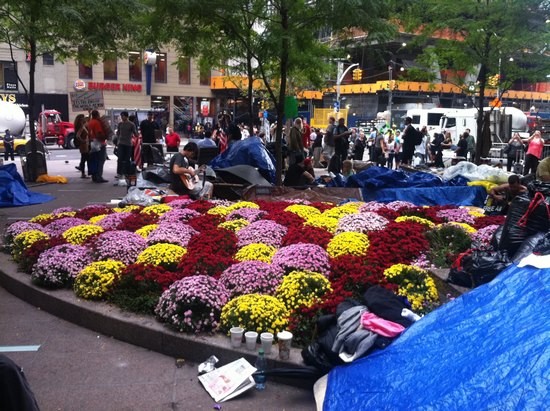 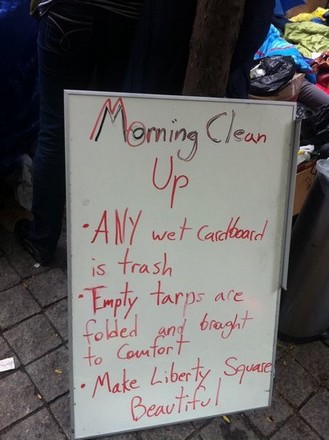 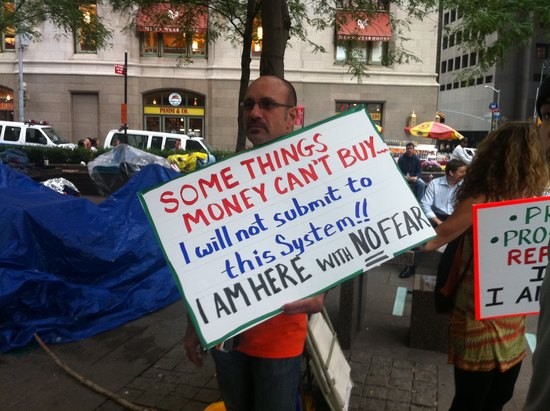 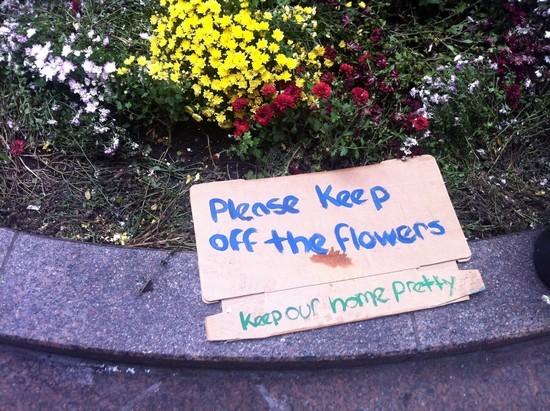