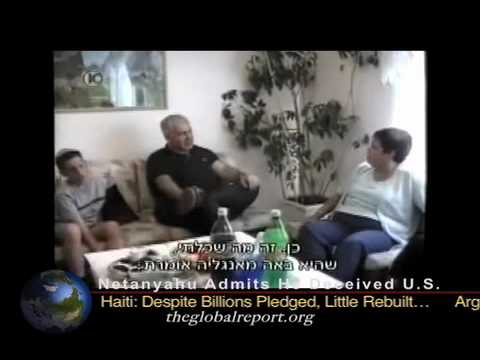 Here is Netanyahu admitting that he deceived the United States by pretending to support the Oslo Peace Process but behind the scenes destroying it.

In the conversation, Obama also pressured Sarkozy to stop the Palestinians from joining more United Nations organizations, since by a law passed by our crazy Congress at the behest of the Israel lobbies, the US has to withdraw from all organizations that recognize the Palestinian state.

Although Reuters seems to think that the Palestine Authority succumbed to this arm twisting, the reporting I’ve seen suggests that they will pursue membership in more agencies, which has the effect of isolating the US and Israel from key world bodies.

What is embarrassing is that Sarkozy clearly feels able to defy Netanyahu, but because of too much Big Money in US politics and because of the US lobby system (which gives undue power also to Cuban Americans to make US Cuba policy), Obama has “to work with him.”

And how shameful that Obama is working behind the scenes against the Palestinian bid for UNO recognition, which is one of their few legal and political options, given that negotiations with a known liar would be like sheep submitting to the shearer.