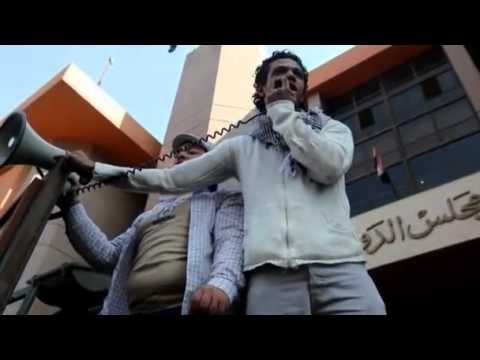 An Egyptian court has ordered the Egyptian military to cease subjecting arrested female protesters to virginity tests. The ruling is a strike for women’s rights, but also is significant as an assertion of civil courts’ rights to tell the military what to do.

The tests are administered because Egyptian conservatives in the military maintain that the protesters’ tents set up in places such as Tahrir Square have been used by young protesters at night for orgies (which is ridiculous). Egyptian military men have deployed both ageism and sexism against the protesters. One wondered where their parents were, and why they were allowed to come out in public and stay in tents that way. The virginity tests are painful and humiliating (conducted by male officers on unrelated females, in itself a scandal in Egypt). They are intended to discourage women from playing a public role in Egyptian politics and so are the ultimate in patriarchy.

On both these grounds, it is a landmark ruling in Egyptian history!
Reuters has a video report:

But the court is probably using this issue as a wedge, to establish a principle that the military is subordinate to civilian judges. Egypt has been a military dictatorship since 1952, and it is hard to think of many instances where the courts told the generals what to do in recent decades. In the early 1990s, feisty judges did decline to convict Muslim fundamentalists of plotting against the government, on the grounds that the evidence was weak and “plotting” is a thought crime. The government then kicked those cases to the military courts, which may have inspired Washington’s own tribunal plan in the last few years. But for Egyptian courts to decline to go along with a policy is not exactly the same as ordering the military to do or not do something.

This ruling is a landmark in Egyptian history and may be more significant for its assertion of judicial authority than for its contribution to women’s rights.

Of course, it would be even better if the court had ruled that the military cannot arrest people for protesting in public spaces.