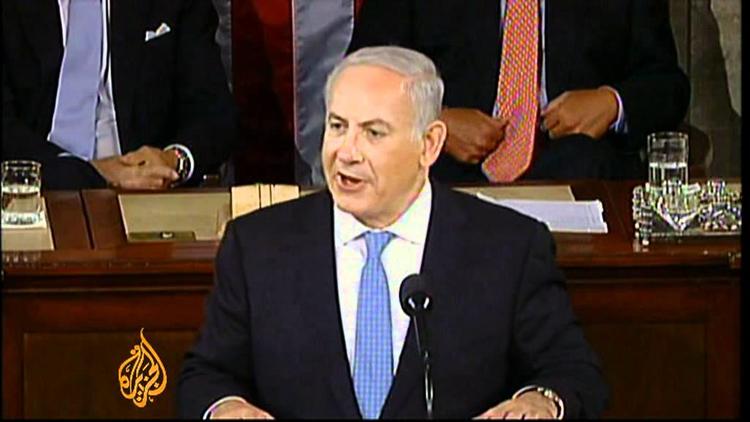 The Israeli government has been forced to withdraw advertisements aimed at Israeli-Americans, urging them to return to Israel and to refrain from marrying American Jews (depicted as ignorant of and distant from Israel).

Here is Aljazeera English’s video report on the ads:

Why would the Israeli government bite the hand that feeds it, and risk insulting the American Jewish community this way? The real issue here is demographics, that is, it is about Israel’s population war with the Palestinians. It is a war that Israel is losing.

There are hundreds of thousands of first- and second-generation Israelis in the United States, and the Likud Party wants them back. That is the point of the offensive commercials.

The advertisements for re-immigration to Israel have the same rationale as Israel’s campaign against the Iranian nuclear enrichment program. A third of Israelis say in polls that they would leave the country if Iran got an atomic bomb. There could be a panicked out-migration. Trying to stop an Iranian bomb is key to retaining Israel’s Jewish population (which finds it nerve-wracking to try to live in a hostile Middle East), just as the ads were thought key to attracting migrants out of Israel to return home.

[pdf] There are about 7.8 million Israelis, including 5.8 million Jewish-Israelis and 1.6 million Palestinian-Israelis (there are also three hundred thousand persons who are simply not Jewish. Within this group, there are some whose mothers were not Jewish and so are not counted officially as Jews, even though they might consider themselves Jewish and hold Israeli citizenship. Others have no claim on Jewishness at all. Neither group is being allowed to convert in any numbers by the Chief Rabbi).

Over time, the proportion of Palestinian-Israelis in the population will rise, and the number of Jews who do not strongly identify with Israel will likely do so, as well. Ian Lustick has argued that [pdf] in recent years the number of Jews who departed Israel probably equaled or exceeded the number who came in, so immigration as a method of retaining a Jewish majority is no longer viable.

Lustick [pdf] also quotes Israeli officials who estimate that up to a million Israelis live outside that country, some 600,000 in North America. Both Israel’s present and its future would look a lot different if Israel could entice these expatriates back. That was the point of the ads. Obviously, if Israeli-Americans intermarry with and assimilate into the Jewish-American community, they are unlikely to return to Israel in any numbers; indeed, if their children adopt Jewish-American ways and intermarry at high rates with non-Jews, a large proportion of their descendants wouldn’t even be eligible for full citizenship as Jews in Israel.

There are no further big Jewish communities that are likely to emigrate to Israel. Few American Jews want to live there. Some 50 percent of American Jews marry out into other communities, something that cannot even be done inside Israel. My suspicion is that more Israelis emigrate to Europe nowadays than European Jews emigrate to Israel. The Israeli Jews of European ancestry (Ashkenazim) and most of those originally from the Middle East (Mizrahim) have increasingly small families. An estimated 70-80 percent of Israeli Jews have other passports, just in case they need to jump ship, and a quarter of all Israeli academics live abroad.

The two populations in Israel with the youngest median age and the greatest likelihood of increase in numbers in the future are the Palestinian-Israelis and the Haredis or ultra-Orthodox Jews. These two groups will, through the 21st century, eclipse the Ashkenazi or European Jews, as well as the non-Haredi Eastern Jews. By 2030, 55% of Israeli school children will likely be either Palestinian-Israeli or Haredi, and they will be 47% of 15-19 year-olds, as well. (See this paper [pdf] by Richard P. Cincotta and Eric Kaufmann.) That is, by 2050 or 2060, if current growth rates continue and no dramatic changes take place in their political status, Palestinian-Israelis and Haredis will comprise a majority of voters outside the elderly.

Note that I am speaking of Israel proper, leaving aside the Palestinians of the West Bank and Gaza, which Israel is likely also to inherit, since it won’t give them a state of their own. But leave that issue aside for the moment.

The problem for Israeli nationalists is that neither Palestinian-Israelis nor Haredim are typically Zionists. The Ultra-Orthodox often reject the legitimacy of the state of Israel because they believe only the Messiah can establish a Jewish state and rule Jerusalem, and it is hubris for secular Zionists to make the attempt.

Palestinian-Israelis will probably be 30% of the Israeli population by 2030. Although they would not get along with Haredim on most issues, both communities avoid service in the Israeli army (with the exception among Palestinians of the Druze). Neither will be dutiful taxpayers. An Israel made up of a joint majority of Palestinian-Israelis and Haredis will be militarily and financially weak.

Hence the desperate propaganda attempt by PM Binyamin Netanyahu to convince the 600,000 Israeli-Americans and Israeli-Canadians to come home, and to avoid the taint of the soft deracinated (as the ads imply) Jewish-Americans.

In a globalizing world, the Likud Party’s frantic attempts to craft and maintain a Jewish Israel are probably doomed. They are doomed even if Israel is not forced ultimately to absorb the stateless Palestinians of the West Bank and Gaza, which it is highly likely to be forced to do over the long run. One could even imagine a Palestinian-Israeli and liberal Jewish-Israeli majority of 55 percent voting in the Palestinians in 2030 so as to avoid further economic boycotts (which will likely burgeon by then as Israeli Apartheid becomes less and less acceptable). In the US, non-Latino whites are already a minority in California, and will be in the whole country by 2050. Askhenazi Jews of Israel, like other white people elsewhere, will just have to get used to not being in charge all the time.