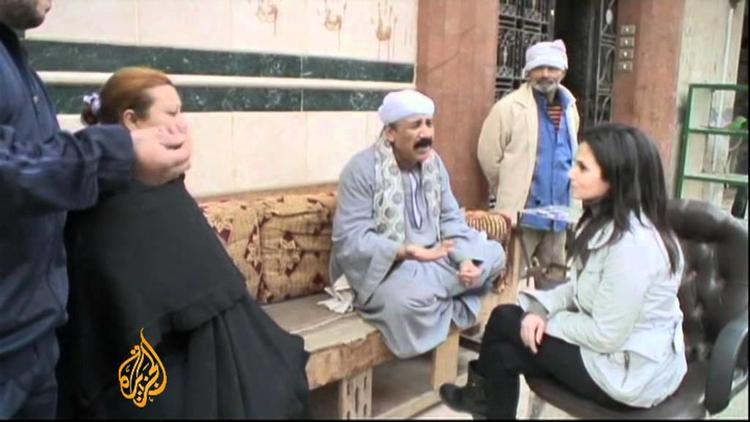 Perhaps 100,000 Egyptians came out on Wednesday in Tahrir Square in Cairo to mark the anniversary of the first massive protest that led to the overthrow of dictator Hosni Mubarak. There was also a huge crowd in Alexandria, Egypt’s second city.

But the gathering was not simply a commemoration. The revolutionary youth used the occasion to put more pressure on the Egyptian military to step down and go back to the barracks, handing power to the elected parliament and its speaker.

The leftist youth are not concerned that the civilian parliament is heavily dominated by right wing religious deputies from the Muslim Brotherhood and the Salafi Nur Party. They will take their chances with the fundamentalists. They believe that nothing can be accomplished in the new Egypt unless military rule is ended.

The established parties, such as the Muslim Brotherhood’s Freedom and Justice Party and the secular, middle class Wafd Party, were also present in Tahrir Square. (There are typically five or six stages around the square, and orators take turns addressing the crowds, which gravitate to the most interesting speaker).

Revolutionary youth are vowing to set up tents and stay in the square, in preparation for more rallies on Thursday and Friday. The Muslim Brotherhood, in contrast, went home Wednesday night.

Al-Ahram reports that newly elected parliamentarian on the Wafd ticket, Muhammad Abd al-Alim Da’ud, addressed the crowd, saying that the revolution should continue and that the protesters should keep a close eye on their elected representatives and pressure them, and if they betray the ideals of the revolution, they should be unseated.

Given continued military rule, street protests are probably the only way to push it back. Despite gloom in the ranks of revolutionaries about how much continuity there is in Egypt from the Mubarak era, they have nevertheless had many victories this past 12 months, aside from deposing Mubarak. In July, a new round of demonstrations forced the military to put Mubarak on trial, along with other regime figures. And in anticipation of the big crowds of yesterday, the military finally did abolish the emergency decrees of 1981, which suspended key civil and human rights described in the Egyptian constitution. Although Field Marshal Muhammad Hussein Tantawi reserved the right to continue to treat harshly any “thugs,” in most cases civilians can now no longer be tried in military courts. This is a big victory.