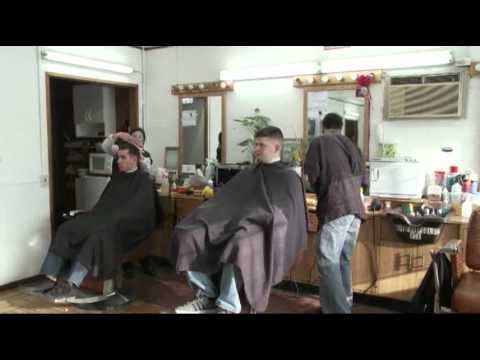 AP is reporting that the staff sergeant who killed 16 Afghan villagers near Qandahar on Sunday morning had suffered a head injury in a vehicle incident in Iraq, before being deployed to Afghanistan. He had been “trained as a sniper.”

Secretary of Defense Leon Panetta, under pressure from the Afghanistan government of Hamid Karzai to say something dramatic, brought up the possibility of the death penalty for the shooter. While it is important that Afghans feel that justice is done, Panetta is sidestepping a bigger issue.

The shooter was from Joint Base Lewis-McChord in Washington state, the leadership of which has a long history of prioritizing deployments over making sure that soldiers with brain injuries and possible Post-Traumatic Stress Disorder are properly treated. The base has been plagued by suicides, spousal abuse, and soldiers going berserk abroad.

GI Voice has called Lewis-McChord a “rogue base.”

It should be remembered that frequency and duration of deployments in Iraq and Afghanistan were substantially increased by then Secretary of Defense Donald Rumsfeld. As a result of the Bush administration’s frenetic pursuit of multiple wars abroad, the small professional military of the US was put under enormous strain. Deployments were increased from a year to 18 months, and multiple deployments became common. Because of the prevalence of roadside bombs as an insurgent weapon of choice, brain injuries in Iraq and Afghanistan sky-rocketed. The murky military occupations of countries where young US troops had little local knowledge produced paranoia and widespread Islamophobia, sometimes reinforced by evangelical hatemongering among the troops. British officers who served with Americans in Iraq were shocked and appalled at the sheer racism they often encountered among their US colleagues, complaining that Americans viewed locals as Untermenschen, a lesser race as the Nazis would have put it. Post-Traumatic Stress Syndrome often went untreated.

There is no ideal way to fight wars of counter-terrorism and counter-insurgency. But JBLC’s leadership clearly is not doing right by our men and women in uniform, and is thereby endangering not only them but also the hope for a soft landing for the US and NATO in Afghanistan.

The rogue staff sergeant snapped and did a horrible thing. But it is too soon to conclude that he was acting alone or that there wasn’t a vendetta between US troops at his forward operating base near Qandahar and the villagers he attacked. And it is way too soon for Panetta to put it all on him, and to decline to reconsider how the US deals with the horrible toll that war takes on those Americans sent to fight it.

If President Obama really can arrange for, as he says, the “tides of war” to recede, he is still left with a big task, of seeing to it that the veterans and their families are better served in the treatment of the less visible wounds they carry. While the Veterans Administration has improved in the past decade on these issues, mental health and brain injury treatment are still inadequate, both for service people and Vets.

Americans in general should rethink our policy of perpetual war and constant foreign intervention, of war as a standing industry with lobbies and paid-for TV spokesmen, purveyed by all the US news networks to keep us hooked on foreign deployments. War should be rare and a last resort. One thing Panetta got right is that the UN Charter should govern it, so that we can finally put the crimes of the Axis behind us as we move into the 21st century. War should either be for self-defense after an attack, or it should be to preserve dire threats to international order as deemed by the UN Security Council. Otherwise, it is not just a problem of a rogue sergeant, or of a rogue base. It will increasingly be a problem of a rogue nation.