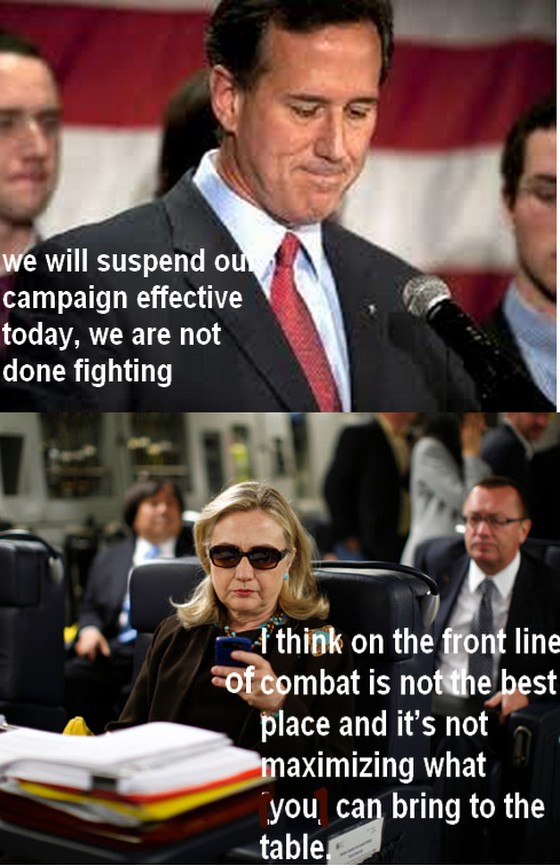 h/t to Texts from Hillary and Kevin Lamarque

“I think that could be a very compromising situation where people naturally may do things that may not be in the interest of the mission because of other types of emotions that are involved.

You throw on top of that just simply physical strength and capability and you may be out there on a mission where it’s you and a woman and if you’re injured, the ability to transport that person back. And you know, there’s just, there are physical limitations. Women have served and do serve and do wonderful things within the military and… they do have opportunities to serve in very dangerous positions. I mean, they serve in very dangerous positions. And I certainly understand that and respect that and admire women for doing so, but I think on the front line of combat is not the best place and it’s not maximizing what they can bring to the table.”