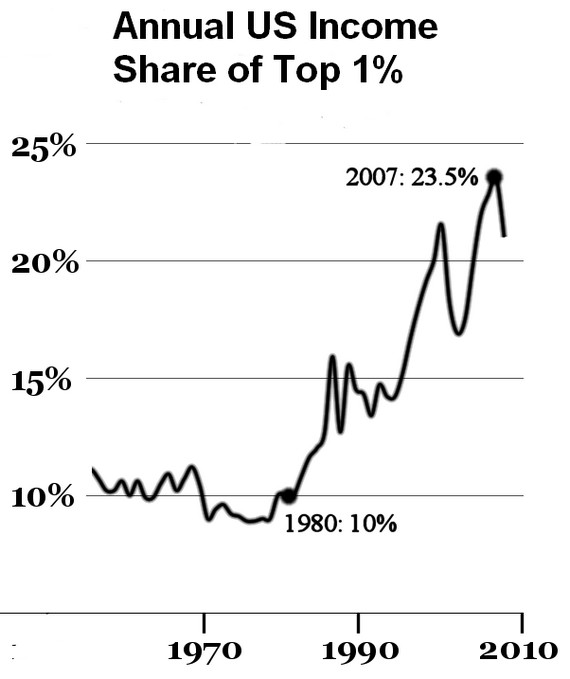 Mitt Romney said that he had paid around 13% in taxes annually the past few years, calling false the charge by Senate Majority Leader Harry Reid that Romney won’t release his tax returns because they show he paid no income tax in the past decade.

But, Romney was careful not to say that he had paid income tax in the past few years. And, it was income tax that Reid was talking about.

Romney also said he was mystified as to why his tax returns were an issue, given the problems the country faces.

But Romney exemplifies the problem that the country faces. The top 1% of income earners, in the upper sector of which Romney falls, has seen its annual share of national income go from 10% only a few decades ago to over 20% today.

At the same time, the marginal tax rate that this enormously wealthy but small group of some 1.2 million people pay has plummeted to its lowest levels in decades (and much of the tax benefit goes to the richest 400 persons): 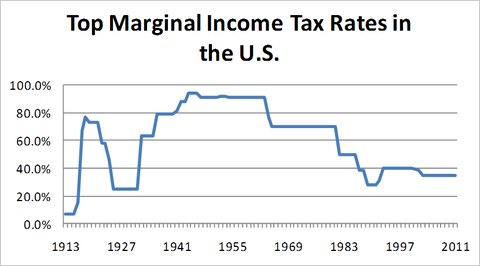 Hmm. Small group of people taking much more of national income but paying much less in taxes? What could go wrong?

Thus, the Bush-Cheney tax cuts on the very wealthy have made a significant contribution to our annual budget deficits (Clinton had balanced the budget before Bush and Cheney gave billions away to their rich friends).

Romney paid 13% in federal taxes, but middle class people pay over twice that. Romney and his wealthy buddies have snarfed up much of the income growth that the US has seen in the past two decades, leaving nothing for the middle class.

In fact the average wage of the average worker has declined in the past decade for the first time since WW II. 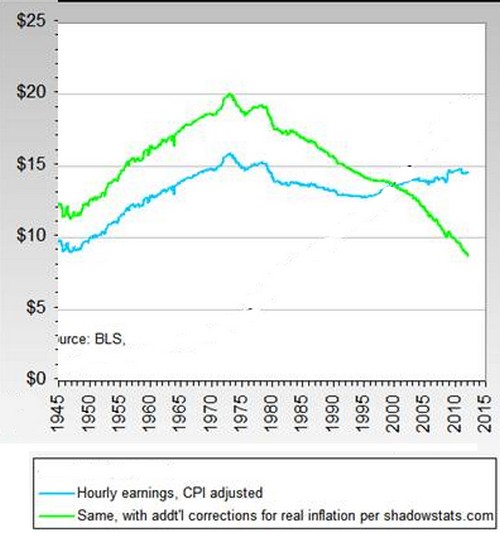 And, taxes on wage earners have not fallen the same way the tax rates for investors have fallen. Plus the essentials of middle class life such as college tuition, have skyrocketed, in large part because government doesn’t subvent them the way it used to.

So Mitt Romney’s tax breaks and those of the top 1% like him, are a large part of the cause of persistent high budget deficits: 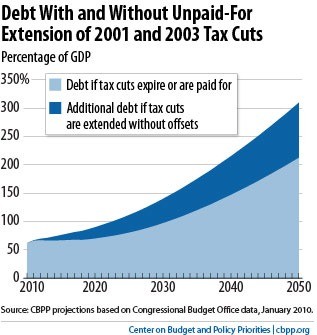 That is why, Mr. Romney, your tax returns are more than personal information about you. They are icons of the growing inequality of America, both in income distribution and in tax rates. Your secretary paid a higher percentage of her income in taxes than you did. And, your tax cuts are harming government’s ability to function, creating artificial crises.

It really is is all about you this time.