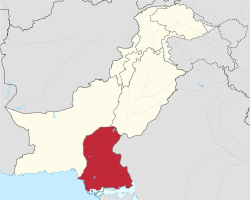 As the deleterious effects of hydrocarbons like coal, gas and oil continue to be felt in the world, the peculiar US dedication to these poisons that produce illness and climate change will increasingly disadvantage it. The US will be open to lawsuits or diplomatic and trade reprisals for acid rain, ocean acidification, rising sea levels, and drought and crop failures. Moreover, other countries with more extensive green energy will have economic advantages over the dirty old US. And, developing countries will look to wind and solar innovators elsewhere than the US for their energy plants. Pakistan is contracting with a Czech firm, not an American one. Others are turning to China for solar panels. Romney’s US will be left behind.

Production prices are falling in wind and solar, and efficiencies are increasing, literally by the month. Since we are going to get there eventually, and since carbon emissions are so damaging, the world’s governments should be actively punishing use of hydrocarbons and actively promoting green energy. And, some are. In contrast, Romney wants to get rid of wind power tax breaks, e.g.

Japan is doing a trial run of offshore floating wind farms. The country is facing an energy crisis after its nuclear complex at Fukushima was hit by a tsunami.

China has just approved its largest solar power farm yet, in Datong, with a capacity of 300 megawatts.

Pakistan has a severe electricity shortage, to the point where there are street protests against blackouts. The Sindh provincial government is now turning to wind power, partnering with a Czech firm, in hopes of generating a new half-gigawatt from that source for the megopolis of Karachi. The electricity crisis is driving the country’s major political parties to begin looking at renewables to meet its needs. I am wondering if the close relationship of Muslim League leader Nawaz Sharif with Saudi Arabia has kept the PML from pursuing green initiatives. The Sindh wind farm is being promoted by the Pakistan People’s Party.

A fourth wind farm project is being planned for Oaxaca in Mexico, as that country seeks to reduce carbon emissions by 50% by 2020, only 8 years from now.

IBM says it has made a breakthrough in making an efficient thin solar panel from inexpensive, widely-available materials such as copper and tin rather than rare-earth metals. Such a development would allow a significant expansion of solar energy.

In enormous countries like India, individual states often dwarf most countries. Karnataka in India now has over a gigawatt worth of planned solar capacity in the pipeline, promoted by state government. Karnataka is already a leader in wind energy, with 2 gigawatts of installed capacity. The state’s ambitious plans already on the books could generate 60% of its electricity needs in coming years.

And, Gujarat state in the northwest is pioneering public-private partnerships to put solar panels on building rooftops.

Even in red-state Texas, solar power is now thought essential to meeting the state’s peak-power demands as its population and industry grow.

Green energy is already being generated a grid parity with hydrocarbons in many places, but it needs better storage (the sun doesn’t shine at night, and wind doesn’t always blow, so you need to store the energy for later use, but right now there aren’t good ways to do that on a massive scale). Companies are experimenting with hydropumps (pumping water uphill and allowing it to run back down), but also with ski-lifts and compressed air and water.