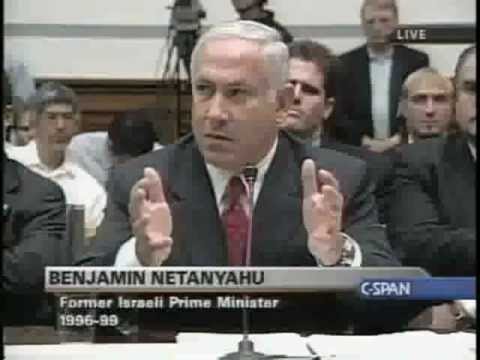 Israeli PM Binyamin “Chicken Little” Netanyahu tried to scaremonger about Iraq in 2002, as his contribution to the Anglo-American war of aggression on that country. “there is no question whatsoever,” Netanyahu said, “that Saddam” was seeking nuclear weapons. He said that Israeli intelligence reported to him that Russian scientists and North Korea were on site and actively aiding this phantom nuclear weapons program.

There was no Iraqi nuclear weapons program in 2002; it was dismantled in the early 1990s by United Nations inspectors. There were none of the chemical or biological weapons Netanyahu spoke of. No Russians. No North Koreans. Bupkes.

Netanyahu also warned that Iraq would give nuclear warheads (which it did not have) to “terrorist groups.”

He also argued that no inspections could possibly find “mobile weapons sites” (which are impossible), implying that invasion and occupation was the only course open.

Netanyahu proved that neither he nor the Israeli intelligence organization, Mossad, had the slightest actual intelligence on Iraq, and that neither should be trusted to provide such intelligence to the US. Clearly, some right wing Israeli leaders always want the US entangled in regional wars in the Middle East, insofar as they are seeking US support in a hostile region. They therefore habitually exaggerate the dangers, and are little more than bullshit artists.

Netanyahu’s comments on Iraq are almost verbatim what he is now saying about Iran.

The Mainstream Media never calls Netanyahu on his bull crap.