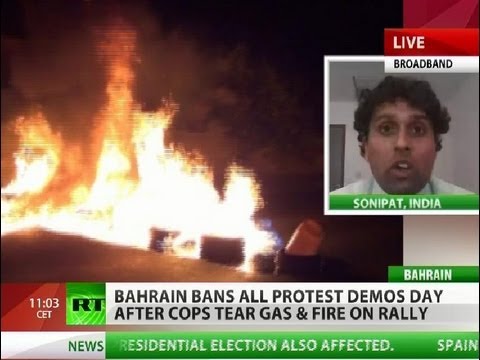 The Kingdom of Bahrain has banned all public demonstrations and rallies, in a strike against the Shiite Wifaq Party, led by cleric Ali Salman. The king of Bahrain and most of his high officials are Sunni, while about 60% of the population is Shiite (their proportion was even greater before the government bestowed citizenship on thousands of Saudi and Pakistani Sunnis).

The Sunni rulers of Bahrain have attempted to end the protests of the Shiite majority through crackdowns and occasional arrests. .They have even sentenced nine physicians for helping heal wounded rebels.