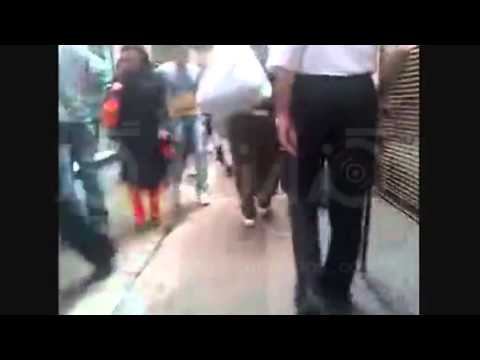 On Wednesday, the Tehran covered bazaar was closed, and the traditional market in some other cities such as Mashhad also went on strike, with demonstrators protesting the collapse of the Iranian currency, the rial. Until last November, the rial was about 10,000 to the dollar. Then it fell to 12,000. Last summer it hit 16,000. Some merchants were offering 35,000 to the dollar on Wednesday and expected the rial to decline further.

Although the US, the EU and Israel’s government will gloat that ‘sanctions are working,’ it is unclear that any such thing is true.

True, Western sanctions on Iran have gone beyond mere boycotts to a kind of financial blockade, in which obstacles are being placed in the way of Iran selling its petroleum to third parties, especially in Asia.

Iran had been producing 3.5 million barrels a day of oil, and selling 2.5 million abroad. It is now apparently only producing 3 million barrels a day and selling 2 (especially to China, India and some other Asian states). Iran is shipping to China in its own tankers and insuring them itself, which is producing some delays in delivery, but nothing the Chinese are worried about. The loss of 500,000 barrels a day in exports, and the extra costs of doing business (15%?), however, cannot possibly be causing the collapse of the value of the rial.

The West can blockade Iranian petroleum in this way because Saudi Arabia agreed to ‘flood the market,’ pumping as much as two million barrels a day more than normal. Iraqi output is also up about a million barrels a day over 2010 levels. But the addition of a couple of million barrels a day wouldn’t have been enough to allow this policy. In addition, the world economic slowdown has reduced the rate at which the demand for oil is expanding in Asia. At any point where Asian demand returns strong, Iran will likely be better able to evade sanctions.

Thus, although Iran’s petroleum sales have fallen, it is not clear that they have will have fallen dramatically when new trade arrangements with China, India, South Korea and so forth are implemented, getting around the US financial blockade. Europe stopped buying Iranian oil on July 1, and sales were hurt that month. But Iranian officials say that they are back up to normal sales volume this fall. Likely Europe will buy oil from other producers, denying it to previous customers in the global south, some of whom will turn to Iran. Iran’s government should be flush with billions of dollars of reserves, and should have the expectation of more, and there is no obvious reason for the rial to plummet this way.

In short, it is not entirely clear that these severe sanctions or the reduced oil exports are the only things responsible for the rial’s rapid decline against the dollar.

Hyperinflation is caused by printing too much money. President Mahmoud Ahmadinejad has for some time pumped extra money into the economy in the form of subsidies, which has caused the money supply to grow unhealthily in Iran. The rial has probably for a long time been over-valued, partly because of the support for it of an oil state. So it may be that years of easy money are now coming home to roost, in part because the severe sanctions have (irrationally) weakened the confidence of traders in the hardness of the rial, a confidence that itself had earlier been irrational.

Money traders in the neighboring United Arab Emirates are said to have been unable to quote a price for converting rials to dollars on Wednesday, because the rial was going over a waterfall in a barrel, falling by the second.

The money changers and merchants in Tehran and Mashhad were angered in part by an inability to price their goods (especially imported goods). Many of them had counted on keeping some of their assets in dollars, but suddenly dollars have disappeared from the Iranian currency markets, probably because they are being massively hoarded. There are rumors in the bazaar, say some close observers, that ‘mafias’ and cliques are doing the hoarding.

But reading these events as a ‘victory’ for sanctions goes too far. First, the demonstration in the bazaar may have had a narrow social base.

Here is a video of the closed-up bazaar in Tehran on Wednesday:

There is video showing a larger crowd, apparently middle class, some of whom demanded that the regime stop throwing money away in Syria and spend it in Iran instead. This theme is reminiscent of the chanting of the Greens in September of 2009 that Iranians should stop obsessing about Palestine and put the emphasis on Iran’s welfare instead. The remnants of the Green Movement press hailed the demonstrations and reported on them in detail.

Second, the demonstration may have been aimed at unseating President Ahmadinejad, whom the Iranian right and business classes have long loathed because of what they see as his populist and irresponsible mismanagement of the economy. (His subsidies for the working classes and the poor, and easy money policies grated on them). Ahmadinejad has been in bad odor with conservatives since his tiff last spring with the Supreme Leader over key government appointments, including in intelligence. The Supreme Leader won, as might be suggested by his title, and Ahmadinejad is a lame duck.

Although Ahmadinejad is hated in the West, Wikileaks revealed that he has often been the official most inclined to compromise with and negotiate with the West, being blocked by the Revolutionary Guards Corps and other hard liners to his right. For the Iranian far right to unseat Ahmadinejad is anything but a victory for the West.

Ahmadinejad himself blamed the currency collapse on ‘psychological warfare’ waged by enemies ‘abroad and within.’

Finally, for sanctions to ‘work,’ they would have to have the effect of deterring the Iranian state from purusing its nuclear enrichment program. There is no such evidence, and the likelihood is that regime officials will be cushioned from the sanctions because they control the state-owned oil company and can siphon off money to protect themselves.

Severe sanctions almost never work in producing regime change or even in altering major policies of regimes. In Iraq, the severe sanctions of the 1990s actually destroyed the middle classes and eviscerated civil and political society, leaving Iraqis more at the mercy of the authoritarian Baath Party of Saddam Hussein than ever before. The high Baath officials squirreled away $30 billion during the oil for food program, cushioning themselves But the sanctions that denied Iraqis chlorine imports disabled the water purification plants, giving the whole country constant diarrhea, a condition that easily kills infants and toddlers. Some 500,000 Iraqi children are estimated to have been killed this way.

Usama Bin Laden cited this death toll of Iraqi children as one of the reasons for his 9/11 attacks on the US. If the sanctions end up killing Iranian children, the US could be borrowing a lot more trouble for the future.

Moreover, the difficulty of maintaining the sanctions on Iraq was given as a reason by then deputy secretary of defense Paul Wolfowitz as a reason for going to war with Iraq. Severe sanctions often do not deflect wars but rather lead to them.

The collapse of the rial, then, may be a signal that the Iranian public is in for great suffering and that the savings of the middle class are about to be wiped out. But that would mean they would lack the money to pay for an insurrection. Moreover, while they are blaming Ahmadinejad now, they know that the US, the EU and Israel are behind their deepening misery, and they are likely to come to hate their torturers.